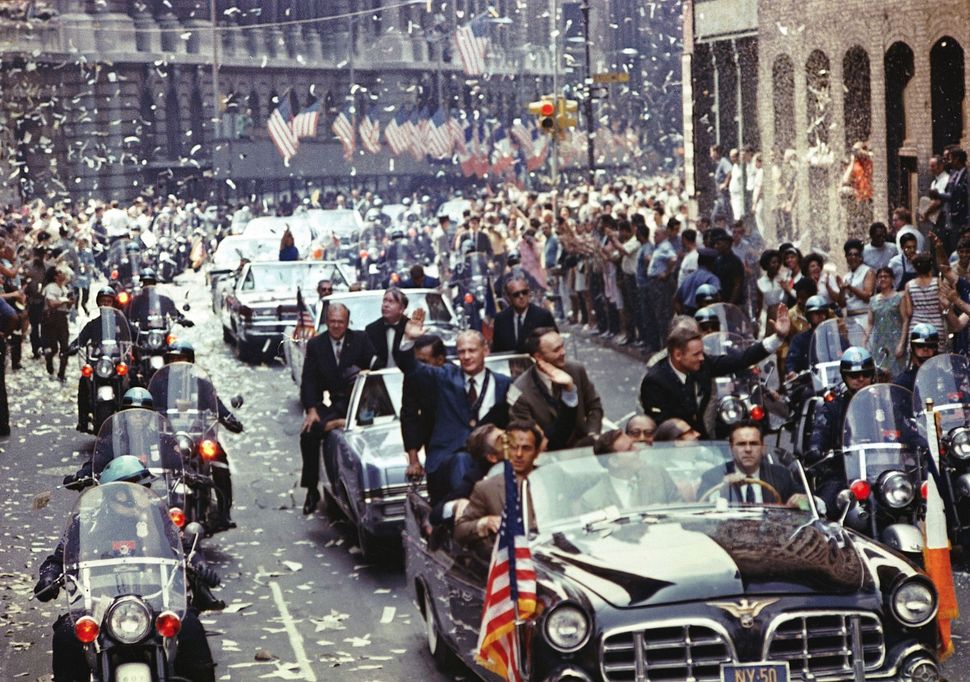 In 1931, New York City honored a French war hero with a ticker-tape parade up Broadway. In 1940, that French war hero became leader of the Vichy regime, which collaborated with the Nazis. In 2017, there’s still a plaque commemorating his parade in the middle of New York City. 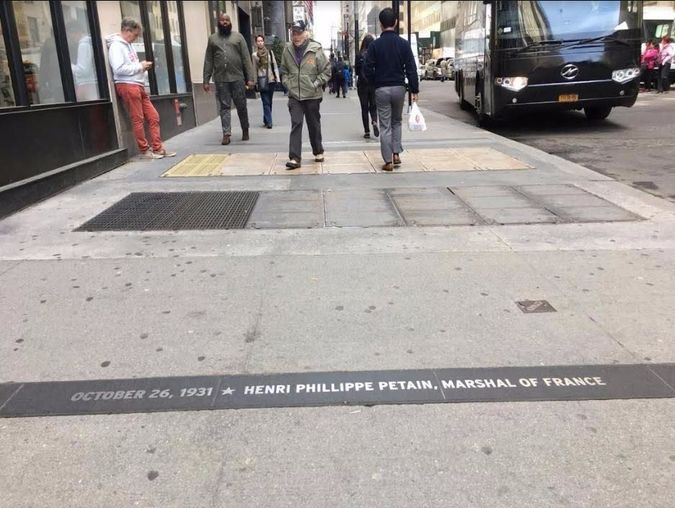 The plaque came to Hikind’s attention through a May 3 story in The Jerusalem Post. He wants it gone.

“It’s sort of an no-brainer,” Hikind told the Forward. “This guy was a collaborator and involved in the murder of the Jews.”

The plaque is one of a series of 200 similar plaques embedded into the sidewalk along Broadway in downtown Manhattan, each commemorating an historic ticker-tape parade through the so-called “Canyon of Heroes.” The plaques were installed in 2003 by the Alliance for Downtown New York, a not-for-profit organization serving lower Manhattan.

The Petain plaque, on Broadway just north of Morris Street, recalls an October 1931 parade. At the time, Petain was known as a World War I hero, famous for his bloody victory at the Battle of Verdun. In 1940, Petain would become the leader of the Vichy government, which ruled in portions of France not under Nazi control. His government collaborated with the Nazi regime and undertook Nazi-style persecutions of Jews. After the war, a French court convicted Petain of treason.

Petain is far from the only unsavory character whose ticker-tape parade is commemorated with a plaque on Broadway. Feet from Petain’s plaque is another memento marking the 1931 ticker-tape parade that honored Pierre Laval, Petain’s successor as leader of Vichy France and an even more willing collaborator with the Nazis. It’s not clear why Hikind has asked for the removal of Petain’s plaque and not Laval’s. 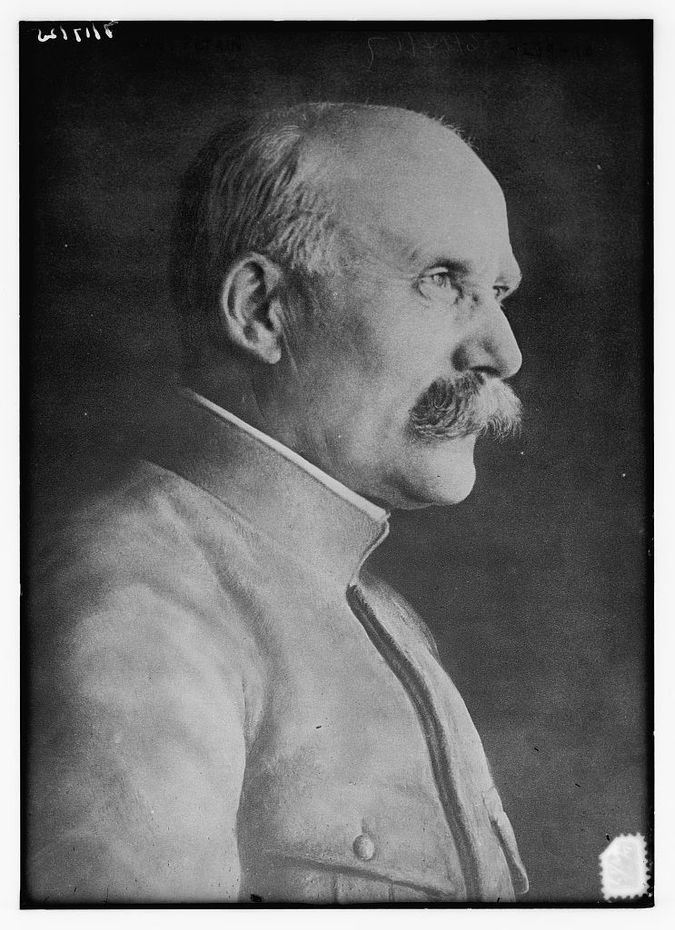 Another nearby plaque honors Dino Grandi, an Italian fascist who serve in Mussolini’s government.

Hikind noted that a parade for aviator Charles Lindbergh is also commemorated by a plaque. Lindbergh was an anti-Semite and Nazi sympathizer. “But that’s different,” Hikind said. “Here we’re talking about someone who worked with the Nazis.”

The mayor’s office did not immediately respond to an inquiry about Hikind’s demands.