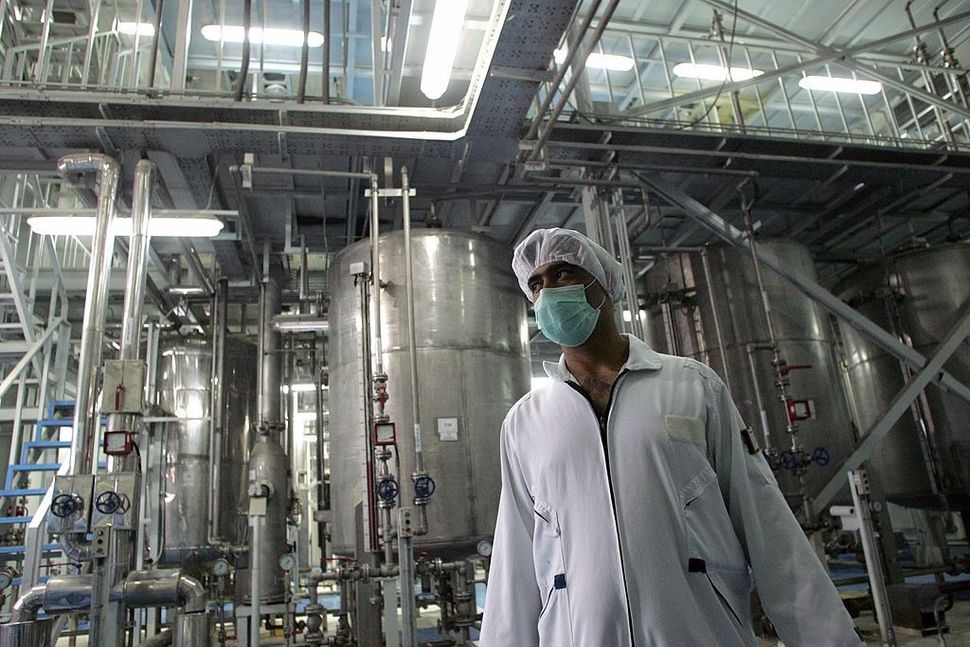 (JTA) — Iran can begin enriching weapons-grade uranium within five days if the nuclear deal with the world powers is canceled, its atomic chief said.

“If we want, we can start the 20 percent enrichment in Fordo in maximum five days and this has a lot of meaning,” Ali Akbar Salehi, who heads the Atomic Energy Organization of Iran, said Tuesday on national television, the semiofficial Fars News Agency reported on its English-language website. “This measure has different messages technically and professionally, and the other side understands its message.”

Fordo is a uranium enrichment facility located 20 miles northeast of the Iranian city of Qom.

Salehi said that keeping Fordo’s facilities intact is one of the strengths of the nuclear deal.

“This is why they didn’t want Fordo to exist and were saying that it should be closed,” he said, according to the Iran Student News Agency, or ISNA.

The Iran nuclear deal signed in 2015, known as the Joint Comprehensive Plan of Action, trades sanctions relief for a rollback of Iran’s nuclear program. President Trump has threatened to renegotiate or cancel the agreement negotiated by six world powers, led by the United States, and Iran.

Trump has said that Iran is violating the “spirit” of the agreement by engaging in activities, including testing missiles and military adventurism in the region, that are not covered.