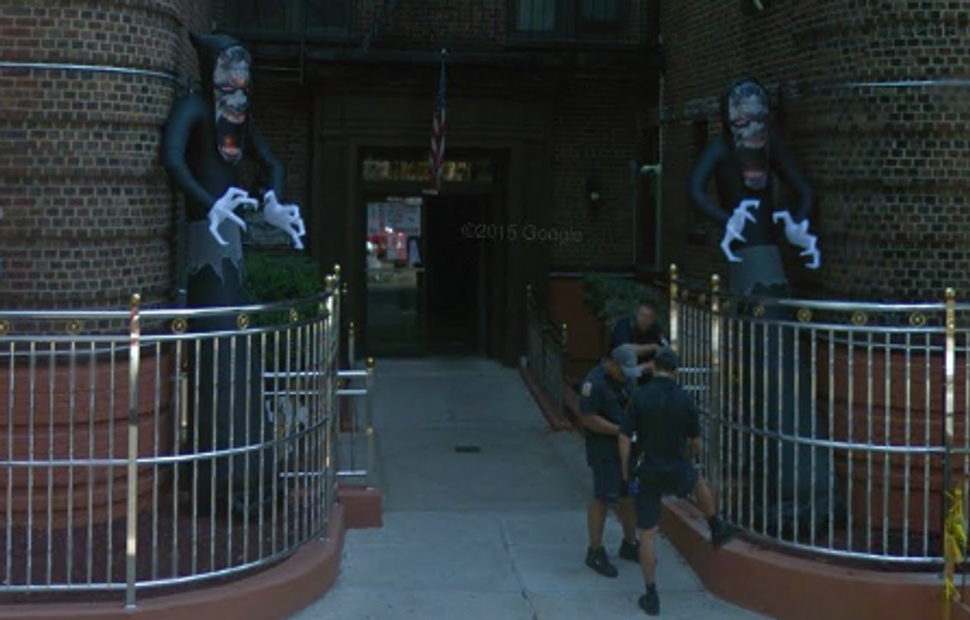 The lobby of a condominium building in the New York borough of Queens is decorated with images of Adolf Hitler and Benito Mussolini, among other bizarre ornaments.

The lobby at 47-55 39th Place in the Sunnyside neighborhood also includes a swastika and Confederate imagery, as well as posters depicting President Trump and Rev. Martin Luther King, Jr.

Building residents told local media that the decorations are the work of property manager Neal Milano, who also heads the condo board. The local TV station NY1 reported Tuesday that residents claim Milano “harasses them with absurd fines and posts notices containing wild allegations and intimate details of their lives.”

Local City Councilman Jimmy Van Bramer condemned the building. “The lobby and entryway to this building is like a nightmare. It’s like a horror film,” he told NY1.

An attorney for Milano, Jacob Laufer, told the New York Post that the decorations were “put up with the approval of the board of managers.”

The building’s directory also features unusual names, including Nazi figures Josef Mengele and Rudolf Hess and famous rappers Suge Knight and Snoop Dogg. Laufer claimed that Milano did not put those names on the directory, instead blaming unknown persons who had put up posters around the neighborhood falsely claiming that Milano is a sex offender.