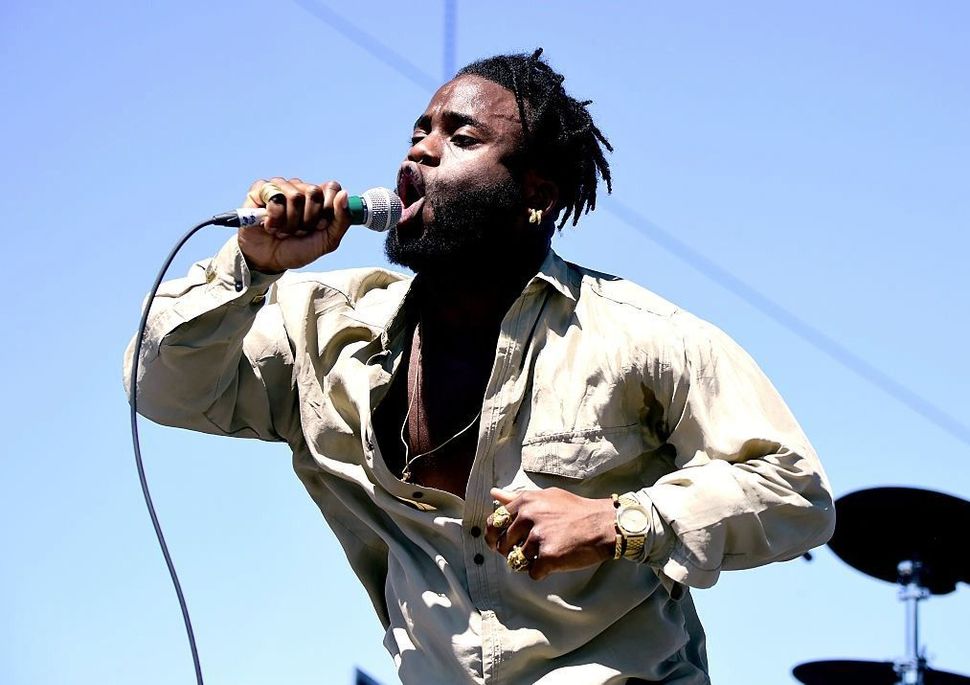 (JTA) — Several artists pulled out of a popular Berlin music festival because the Israeli Embassy in Germany provided a financial contribution.

The three-day Berlin Pop-Kultur festival, which runs through Friday, accepted 500 euros, or nearly $600, from the Israeli diplomatic mission.

Israeli artists are among the 70 acts scheduled to perform at the festival.

The latest band to announce it was quitting the festival — on Wednesday, its first day — was the Scottish hip hop and rap group Young Fathers. In a statement on Twitter, the group called its move “a tiny act on our behalf in the grand scale of things but one we still believe is worth it.” Young Fathers noted the Israeli government’s logo on the list of festival partners and the group’s solidarity with the Palestinian people.

American musician Thurston Moore, a former member of Sonic Youth, called on the festival to cancel the Israeli Embassy sponsorship “in solidarity with [the] Palestinian call for cultural boycott,” according to Electronic Intifada.

Other artists who pulled out of the festival over the embassy sponsorship include the Finnish black metal band Oranssi Pazuzu and the British musician Annie Goh.