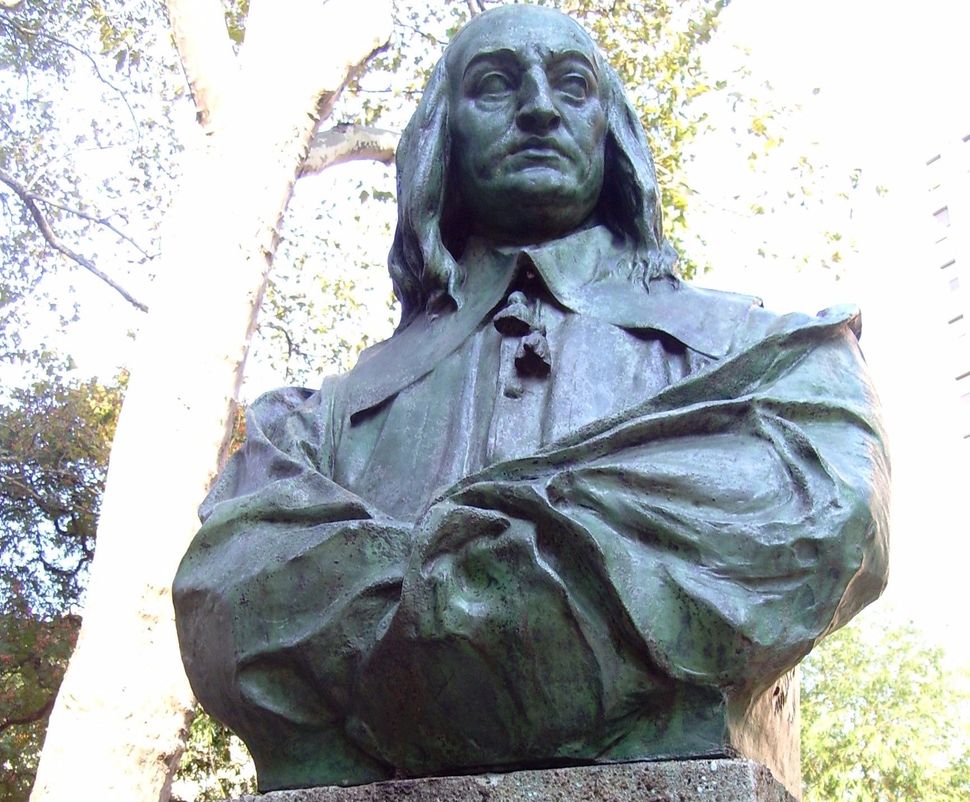 The head of Shurat HaDin-Israel Law Center, Nitsana Darshan-Leitner, told the New York Post that Stuyvesant was an “extreme racist” who targeted Jews.

Various writers have slammed Darshan-Leitner’s attack on Stuyvesant as “boneheaded” and “ridiculous”.

In an op-ed in the Forward yesterday, leading Jewish studies scholar Jonathan Sarna noted that while Stuyvesant did attempt to exclude Jews from New Amsterdam, he was also the city’s most successful early leader. Stuyvesant eventually did allow Jews to join the colony, and lived alongside them even after he fell from power.

Questions have also been raised about whether Grant’s Tomb should be torn down over Ulysses S. Grant’s effort expel Jews from portions of the South during the Civil War.

“The cases of Stuyvesant and Grant serve to remind us that human lives are complicated, that everyone makes mistakes, and that truly great leaders learn from those mistakes and improve their ways,” Sarna wrote.