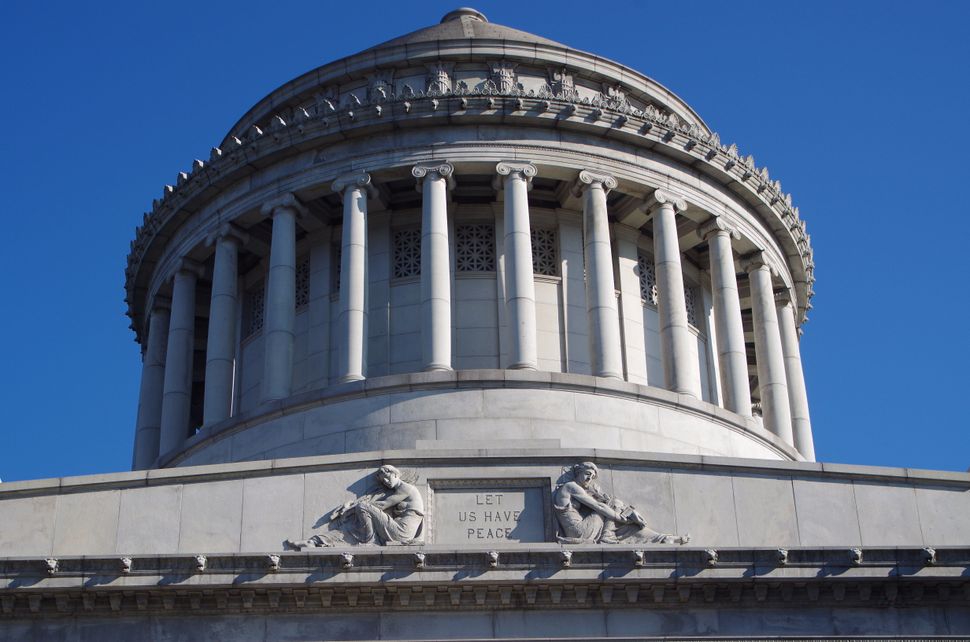 Statues of Confederate generals are being targeted for removal across the country as “hate symbols” in the wake of the bloody white supremacist riots that rocked Charlottesville, Virginia.

But in New York, a monument to an iconic Union Army leader and U.S. president is the latest lightning rod for controversy.

At a press conference early this week, a reporter with a local CBS station asked New York City Mayor Bill de Blasio if Grant’s body should be removed or the monument removed over an infamous order he gave in the midst of the Civil War to expel Jews from a portion of the South.

“I wonder if you think that somebody who did that, given the large number of Jews who live in New York, should be buried here New York,” the reporter asked.

De Blasio, who has set up a panel to review statues in the city, said he did not know. But the City Council speaker, Melissa Mark-Viverito, has said she supports a review of the future of the majestic tomb, which sits in Riverside Park overlooking the Hudson River near Columbia University.

It’s an unlikely controversy, as Jewish experts on Grant hold that he repented for the expulsion order and that in his term as president was a friend to the Jewish community.

The leading expert on Grant’s expulsion of the Jews, the Brandeis University professor Jonathan Sarna, is unequivocal on what he thinks should be done with Grant’s Tomb: It should stay. 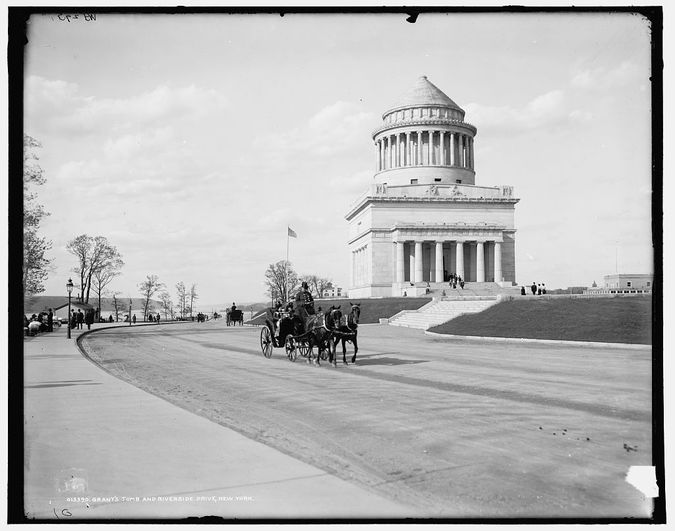 Grant’s Tomb, pictured in 1901. Image by Library of Congress

“When one studies the totality of Grant’s life and actions, one discovers that he represents the fact that hatred can be overcome,” said Sarna, who has written a book on the expulsion.

“Grant apologized for the order, and as president went out of his way to prove just how unprejudiced he had become,” Sarna said. “He appointed more Jews to public office than all previous presidents; he became the first president to attend a synagogue dedication.”

The expulsion order, which in theory covered parts of Kentucky, Mississipippi and Tennessee, was never fully put into effect. According to Sarna, only a few Jews were directly impacted.

“One really sees Grant as a man who grew in every way over the course of his life and career, and at least arguably that is something we should celebrate, rather than faulting him for what he himself considered to be a great mistake,” Sarna said.

It’s not at all clear that the city could remove Grant’s Tomb, even if it were to decide to do so: The structure is owned by the National Parks Service, a federal agency.

A spokeswoman for the mayor said that the panel of experts and community leaders to review the public monuments and symbols is still being put together. De Blasio announced earlier this week that the city will remove a plaque honoring Vichy French leader Philippe Pétain, who collaborated with the Nazis during War War II.