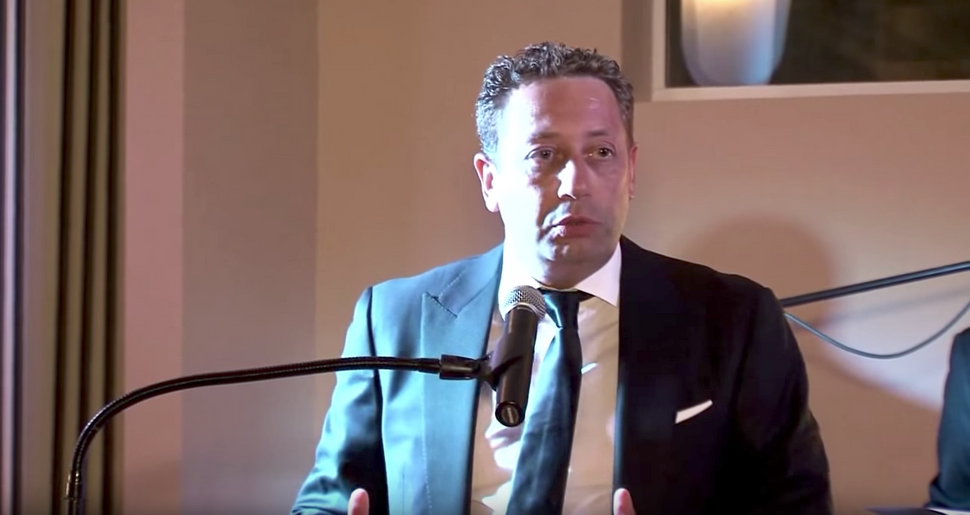 Felix Sater, now in the news due to his ties to President Trump and Russian interests, was named the 2014 Man of the Year by Chabad of Port Washington on the North Shore of Long Island. Image by YouTube

A Russian-Jewish business associate of President Trump promised in a 2015 email to another Trump aide that he would engineer a business deal with Russian President Vladimir Putin that “will get Donald elected.”

Felix Sater, a broker who had previously worked on real estate and licensing deals for the Trump Organization, emailed longtime Trump lawyer Michael Cohen in 2015 to say that his plans to build a Trump Tower in Moscow would result in Trump winning the White House.

“Our boy can become president of the USA and we can engineer it,” Sater wrote in an email, as reported by The New York Times. “I will get all of Putins [sic] team to buy in on this, I will manage this process.”

In another email, Sater wrote that he “will get Putin on this program and we will get Donald elected.”

Cohen said in a statement to the Times that Sater was exaggerating. “He has sometimes used colorful language and has been prone to ‘salesmanship,’” Cohen said. “I ultimately determined that the proposal was not feasible and never agreed to make a trip to Russia.”

The Trump Tower in Moscow was never built.

As The Washington Post noted, President Trump has tried to distance himself from Sater, who pleaded guilty in 1998 to being involved in a Russian Mafia stock fraud scheme.