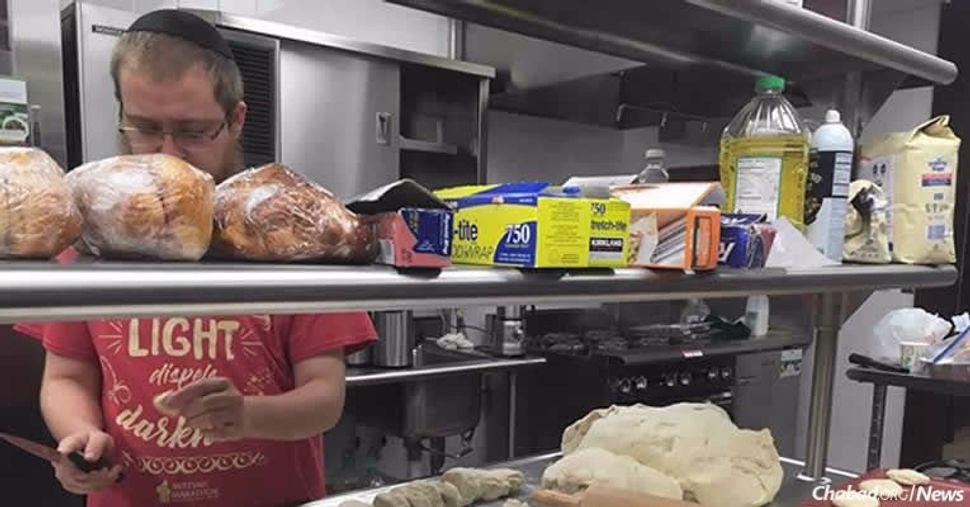 A volunteer prepares kosher food for people affected by the flooding at the Texas Medical Center in Houston. Image by Chabad.org/Hurricane

As Hurricane Harvey prepares to dump another two feet of water on the Greater Houston area, the city’s Orthodox Jewish community is running low on kosher food. A refrigerated truck filled with kosher meat left for Houston from Miami Tuesday morning, Chabad.org reported. However, it is unclear if the roads will be passable by the time the truck reaches the outskirts of the flooded areas.

“Even for those who were fortunate not to lose electricity, like us, it’s a matter of days until we have no milk and other basics,” Rabbi Yossi Zaklikofsky, of the Shul of Bellaire, a Chabad synagogue in a southwest Houston suburb, told Chabad.org.

Harvey flooded two main supermarkets that carry kosher foods, while another has been turned into a shelter for displaced people.

Houston is not a supply center for kosher food, and many Orthodox residents make large co-op orders of kosher food every three months. The next shipment is expected September 4th.

“If we don’t get food down here this will become a big problem fast,” Rabbi Zaklikofsky said. “Are we surviving? Yes, for now.”