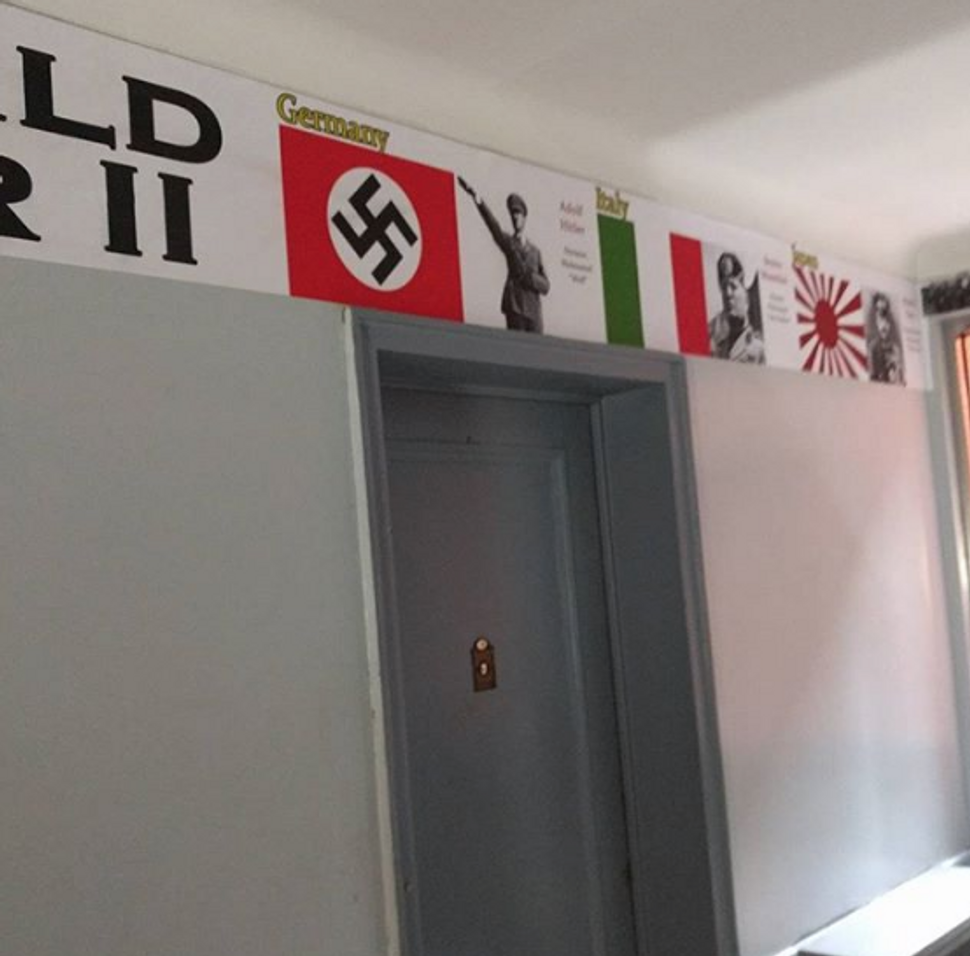 A Queens man ripped down a strange World War II commemorative display in the lobby of a Queens apartment building, following long years in which the montage rankled those who lived there.

“Someone had to do something, and it’s a real shame that it took this long for anybody to do anything,” local activist Jeff Orlick told DNAInfo, after he tore down the series of posters in the building, located in the Sunnyside neighborhood.

The posters, which feature pictures of Adolf Hitler, Benito Mussolini, Winston Churchill and other figures of World War II, were put up by the condo’s property manager and board member Neal Milano, who has also hung pro-gun images and patriotic tributes to Abraham Lincoln in the building lobby.

After the contretemps over Confederate statues, the posters in the Sunnyside building gained attention, with local politicians holding a press conference last week calling for their removal.

Orlick said he’s not worried about getting in trouble for his actions. “It’s totally fine. I’m willing to get in trouble for it,” he said. “I’m not hiding.”