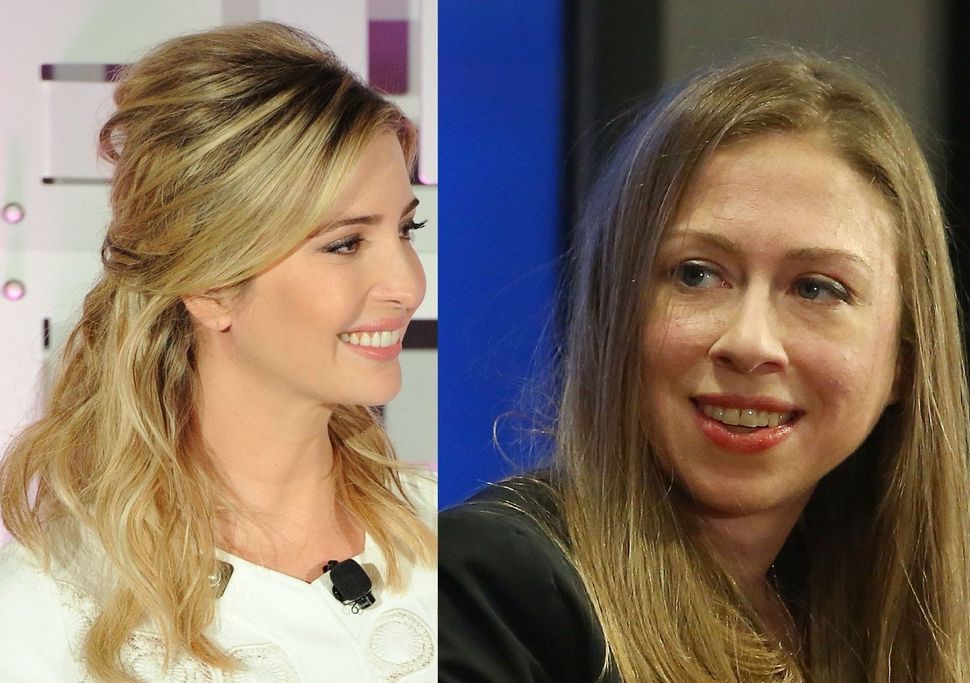 Chelsea Clinton and Ivanka Trump managed to sustain a friendly relationship, keeping their parents’ bickering off limits as they vied for the title of First Daughter.

Now, the twittersphere is buzzing with what could be Chelsea Clinton’s subtle dig at Ivanka Trump. What started it all was a report that an associate of Ivanka Trump’s father, seeking to strengthen ties between Trump and Russia’s Vladimir Putin, arranged for her a private Kremlin visit in 2006, in which she sat on Putin’s chair behind his desk.

Ivanka Trump confirmed she had visited Moscow in 2006 but could not recall sitting on Putin’s chair. Journalists Molly Knight tweeted the next day: “If Chelsea Clinton had done this, @seanhannity would be taking hostages,” to which Clinton responded: “Marc & I visited Russia as tourists in 2006-Tretyakov, Hermitage, Pushkin, Tolstoy’s home, Novodevichy, public parts of Kremlin & great food.”

Was highlighting the visit to the Kremlin’s public parts a jab at Ivanka’s private access tour?

Chelsea Clinton did not elaborate, but many on Twitter read it as a first salvo of what could start a public brawl between the two former besties.