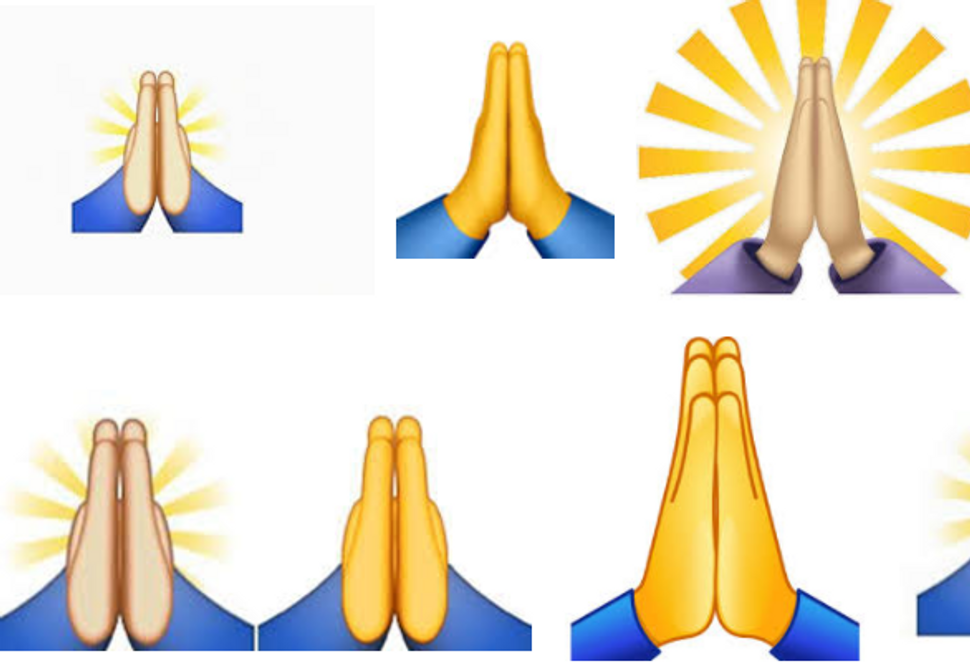 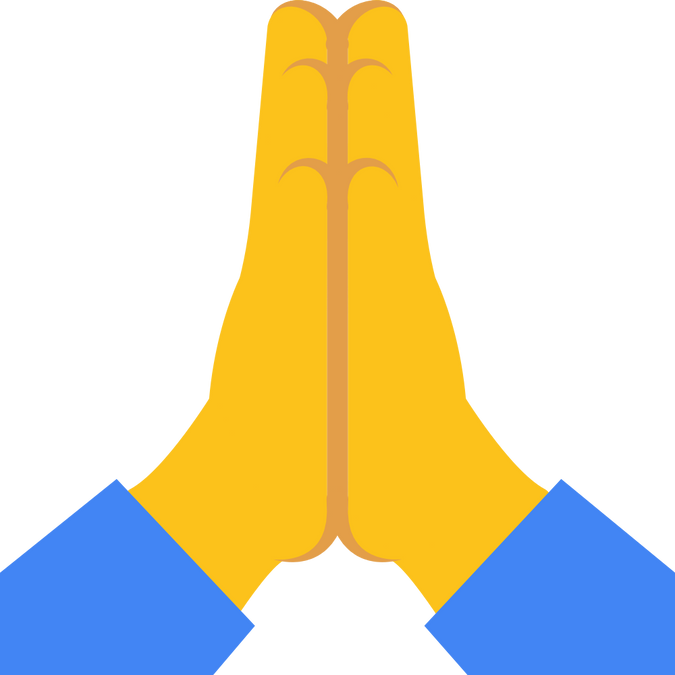 Could adding an emoji to that text message make you idolatrous?

Rabbi Shlomo Aviner, a France-born Israeli cleric, said that the popular praying hands digital emoji is not kosher — and that Jews should beware, as they may be committing avodah zarah, or “foreign worship,” one of the worst sins in Judaism.

“The source is the ancient idols of the Far East and of Christianity,” he told the Hebrew newspaper Yediot Aharonot, according to a Collive translation. He said Jews should have nothing to do with the gesture at all — whether in person or electronically.

The icon has a range of uses and meanings online — used to express simply “please” or “thanks.” It is often labeled as “folded hands” or “prayer hands.” Some argue that it actually depicts two people doing a celebratory high five. There are many different illustrated renderings of the emoji, depending on what operating system or application one is using.