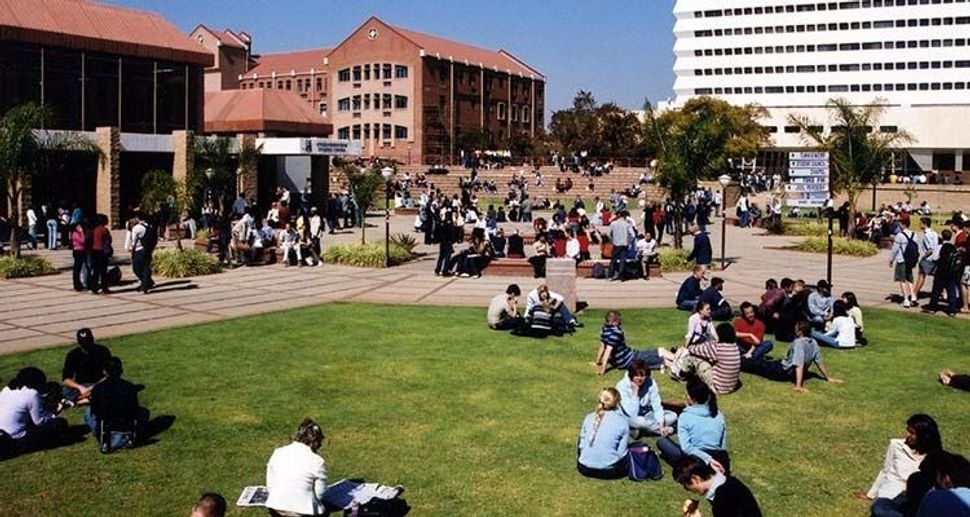 (JTA) — The University of Pretoria in South Africa condemned hate speech after “Gas All Jews” and swastikas were found drawn on campus message boards.

The South African Jewish Board of Deputies umbrella organization contacted the university’s vice chancellor to express its concern about the graffiti on message boards in the humanities building.

“The University of Pretoria condemns any form of discrimination and hate speech and will not hesitate to act against anyone found guilty of this type of behavior,” the university said in a statement. “When the University became aware of a notice board that was vandalized with anti-Semitic graffiti on its Hatfield campus, we immediately removed it and notified campus security to investigate the incident.”

The board praised the university for the “swift removal” of the offensive boards as soon as the graffiti was reported by the South African Union of Jewish Students.

Last week, a fringe South African politician mocked the Holocaust and its victims on social media.

“For those claiming the legacy of the holocaust is ONLY negative think about the lampshades and Jewish soap,” tweeted Andile Mngxitama, who heads the Black First Land First party, which has no seats in the country’s National Assembly.