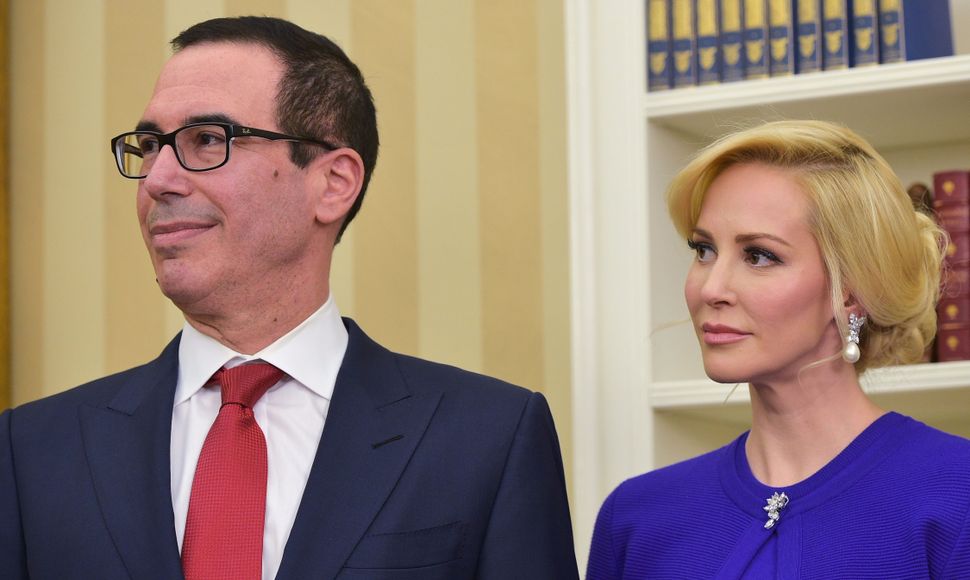 Louise Linton is contrite about lashing out at a random Instagram user in August, with the wife of Treasury secretary Steve Mnuchin characterizing her own behavior as “indefensible.”

“I want to say I concede completely to the comments of my critics. My post itself and the following response were indefensible. Period,” she said in an interview with Washington Life magazine

“It’s clear that I was the one who was truly out of touch and my response was reactionary and condescending,” Linton, a Scottish-born actress who recently married Mnuchin, added.

The social media tiff came after Linton traveled with Mnuchin to Fort Knox to watch the solar eclipse in August. She posted a photo getting off a government plane in which she referenced the designer label clothing and accessories she was wearing.

That earned a derisive response on Instagram, leading to Linton to lash out at one of the users on the site.