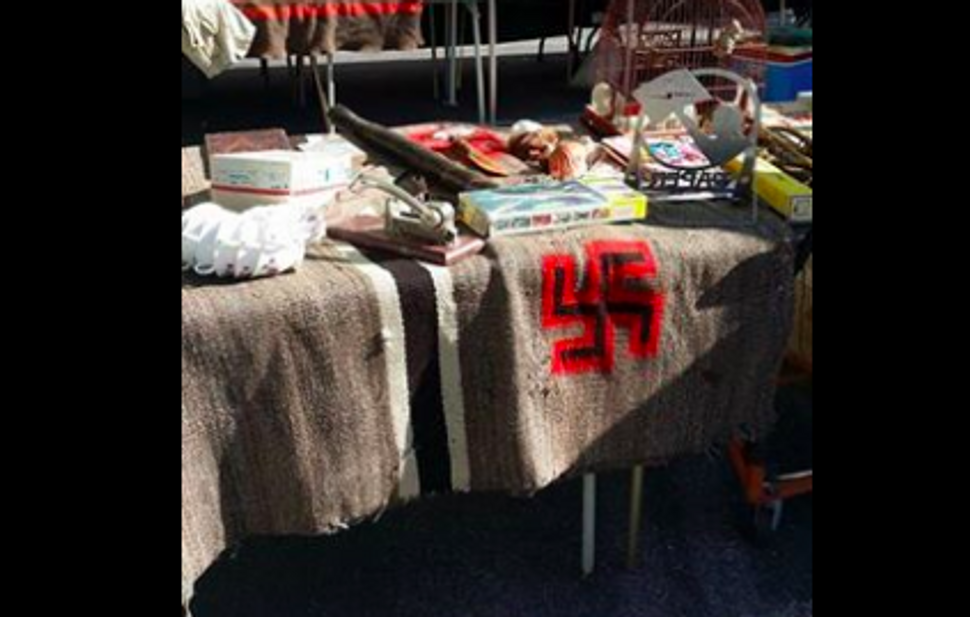 But flea market organizers said this this was no swastika — but instead a sacred Native American symbol.

“I know antiques and I knew exactly what it was when I saw it,” Michael Sanders, who organized the flea market, told the Salt Lake Tribune, “a Native blanket with a rolling-log motif.”

The “rolling-log motif” is a Native American symbol that resembles, but pre-dates, the Nazi use of the swastika.

At the August 13 market, the activists demanded the blanket be removed. “They started screaming ‘Nazi’ and ‘white supremacist’ and cursing at the vendor; they made a big scene,” said Sanders, who was later harassed on social-media over the blanket. “Then the vendor decided to pull it.”

Activists continued to rail against market organizers online, calling another a “racist” who “looks like a neocon.” One of the posts was hashtagged with #punchanazitoday.

The swastika has a long history outside of its use by the Nazis. Over the years, American Indians have denounced the Nazis use of the symbol.