Polish Man Gets House Arrest For Burning Jew In Effigy 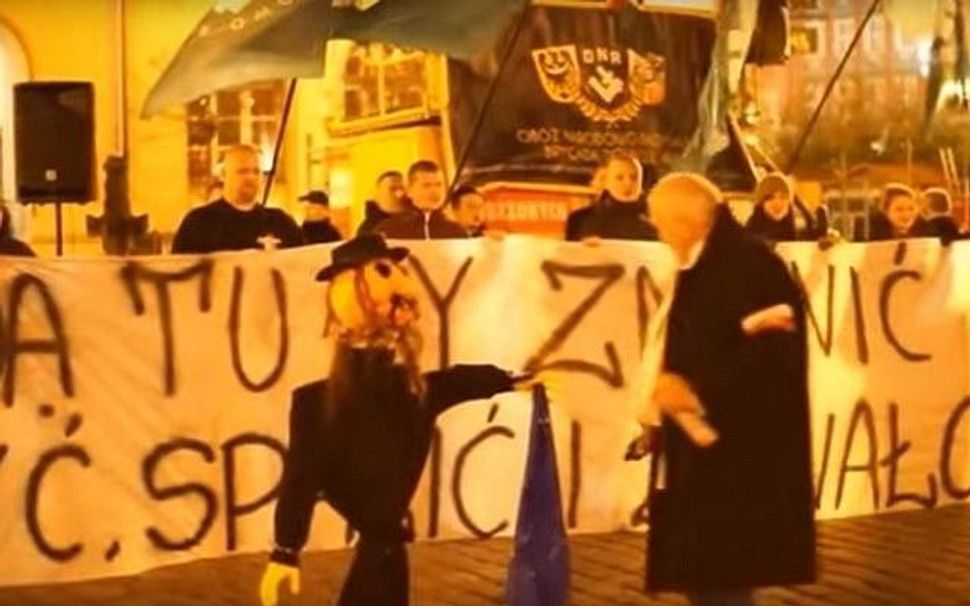 A Polish man sentenced to prison for burning an effigy of a haredi Orthodox Jew said he will sue the leaders of the Wroclaw Jewish community for publicly naming him an anti-Semite.

Piotr Rybak burned the effigy during a 2015 demonstration in Wroclaw against accepting refugees in Poland. An appeals court reduced his prison sentence to three months after a Wroclaw court had sentenced him to 10 months. He later explained that it was meant to represent George Soros, the Hungarian-Jewish billionaire and philanthropist who has advocated for a common European asylum policy.

Rybak said he will name Aleksander Gleichgewicht and Rafał Dutkiewicz, the chairman and president, respectively, of the Wroclaw Jewish community in his lawsuit.

“With my lawyers we are already considering how to sue Dutkiewicz and Gleichgewicht, who called me a fascist, anti-Semite and stinking nationalist,” he said after leaving an appeals court Tuesday.

The appeals court ordered the Wroclaw court to reconsider his request to serve his penalty under house arrest with an electronic surveillance system after rejecting it.

Polish Man Gets House Arrest For Burning Jew In Effigy