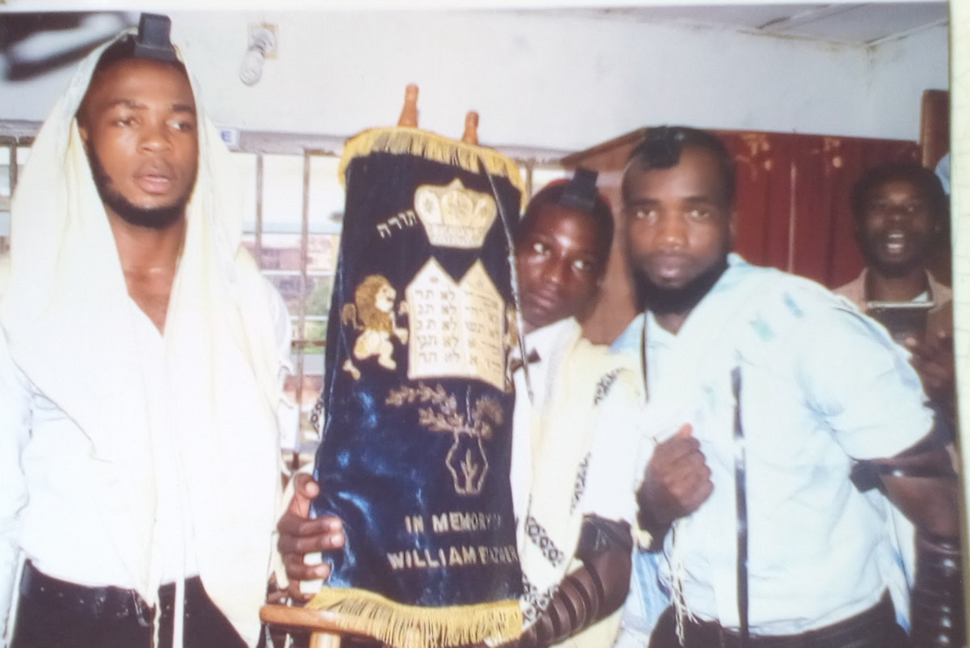 A new website from Nigeria offers an intimate view into a little known Jewish community — despite decades of activity and its growing numbers.

Launched this summer, the blog is run by Tikvat Israel Synagogue, an influential Igbo congregation in Abuja that has longstanding ties to American and Israeli religious outreach groups.

A September post describes a tour through the country, during which members of the synagogue travelled with a Torah donated from a New York synagogue.

“Indeed, the journey to the east was a successful one, that gave us the chance to show our faith in the open, encouraging many others to follow this path of truth, and creating meaningful awareness of Judaism among the Igbo people,” a post sums up, going on to describe a bar mitzvah ceremony and a visit to an Igbo chief.

“The Torah visited the brethren there,” the blog goes on, “who expressed massive support to continue to strenghten [sic] the course of Judaism starting from their immediate surrounding, and spreading the word of truth to get more people involved.”

The Igbo are one of Nigeria’s largest ethnic groups and while most are Christian, there is widespread identification with Israel and the Jewish people — with many evoking an ancient genealogical connection to the people of the bible. In more recent decades, some Igbo have integrated Jewish practices into religious services.

Some have undergone religious conversions with the encouragement and assistance of American or Israeli Jews. Kulanu, an outreach group based in New York, has been involved in Nigeria since the early 2000s and donated hundreds of dollars this spring towards helping the Tikvat syngagogue get their own computer and internet connection.