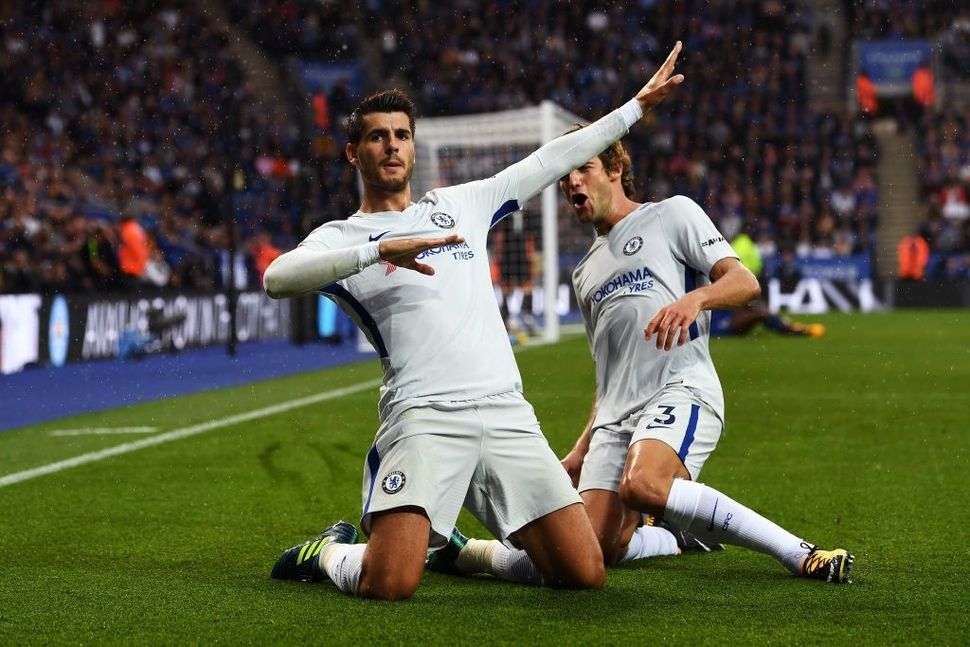 Alvaro Morata of Chelsea celebrates scoring his first goal for the team during the Premier League match against Leicester on at September 9, 2017. Image by Getty Images

(JTA) — The British soccer team Chelsea called on its own fans to stop singing an anti-Semitic chant in tribute to the signing of a new player.

Yid is a perjorative term to describe a Jewish person. The term is used by Chelsea fans to insult their rivals Tottenham Hotspur, known as the Spurs, which has many Jewish supporters who sometimes call themselves the “Yid army.” However, the term often is used derogatorily by opposing fans.

Chelsea released a statement following Saturday’s game which said: “The club and the players appreciate the fans’ passionate support away from home but the language in that song is not acceptable at all. We have spoken to Alvaro after the game, he does not want to be connected with that song in any way. Both the club and the player request the supporters stop singing that song with immediate effect.”

Alvaro also tweeted after the game: “Since I arrived, I have been able to feel your support every single day, you are amazing and I’d like to ask you to please respect everyone!”

In October 2013, Scotland Yard threatened to arrest fans who used the term “Yid.”