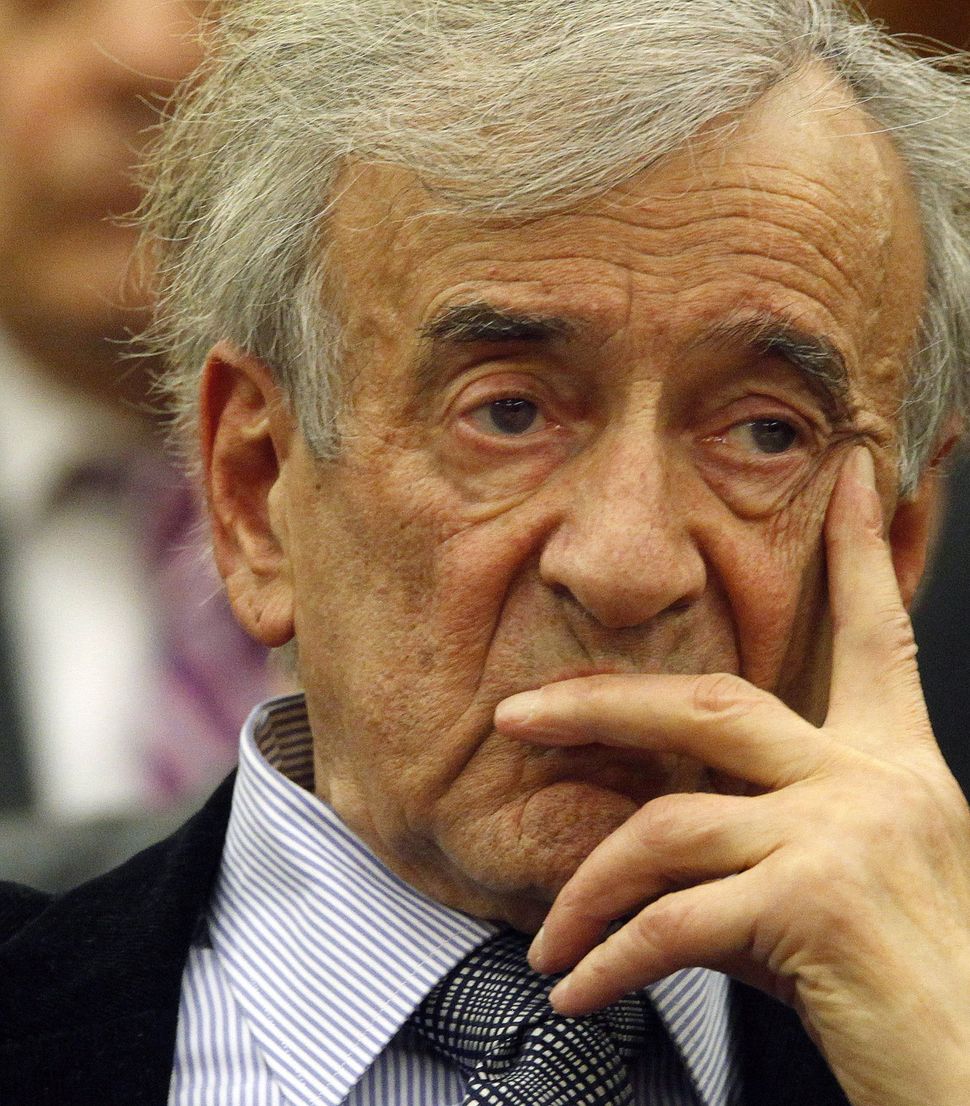 More than 70 years after fascists took Elie Wiesel to the train station of this sleepy city in Romania, hundreds of its residents retraced his steps in a march to protest against anti-Semitism.

The march Sunday night, organized by local authorities and the Limmud FSU Jewish learning group, began at the home where Wiesel, arguably the world’s most famous Holocaust survivor and a Nobel prize laureate who passed away last year at the age of 87, was born and ended where in 1944 he boarded with his family a train to the Auschwitz death camp.

The march drew participants, Jews and otherwise, from far and wide. Dozens of them wore traditional clothing in a bid to emphasize that Wiesel is no less a part of the local heritage than its other elements,

Sighet Mayor Horia Vasile Scubli said. At the end of the march, the local train station was renamed after Wiesel.

The event in Sighet was a “powerful reminder that we are not alone as we used to be,” said Chaim Chesler, founder of Limmud FSU. “When fascists marched Elie Wiesel and his family with the knowledge of the local population, they were isolated, branded and silenced. Now we walk united, loud and hand in hand.”