WATCH: This Jewish Wedding Was Almost Totally Ruined — By A Bomb Threat 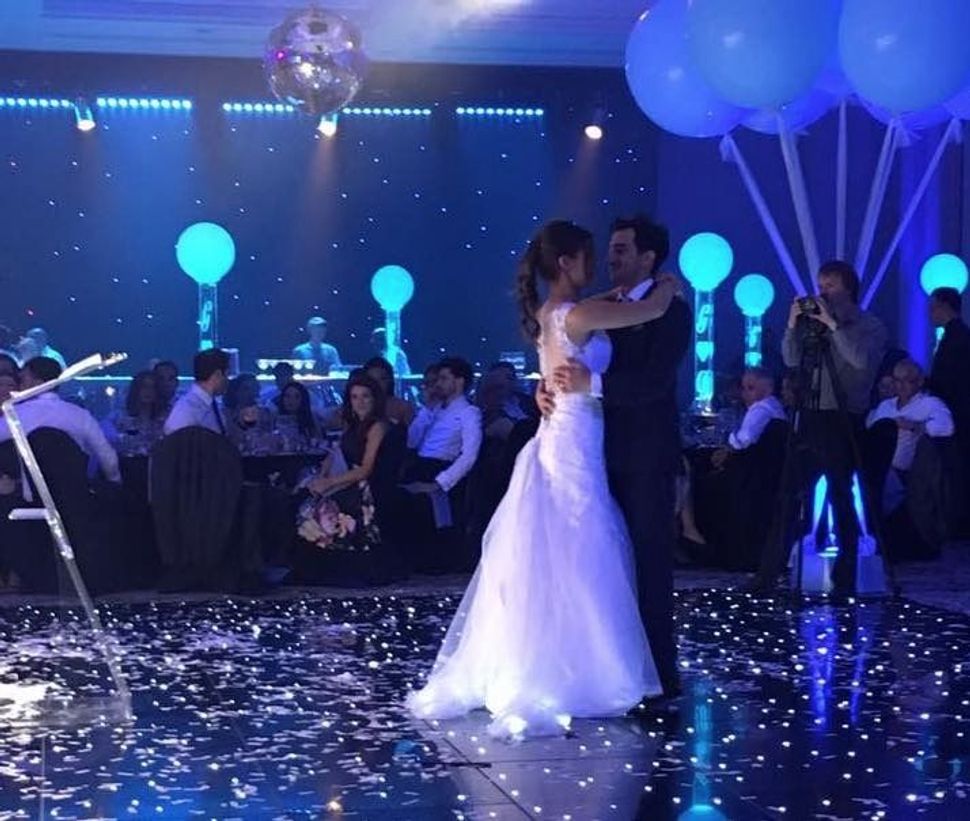 After a bomb threat nearly ruined one couple’s perfect wedding, their wedding planners salvaged it with a makeshift chuppah, reported the Jewish Chronicle.

Dan and Gaby Rosehill were moments from being named husband and wife by their rabbi at the picturesque Grand Hotel in Brighton, England. Just after the ritual sheva brachot, staff from the hotel interrupted the ceremony: the hotel next door had received an anonymous bomb threat.

“I had to ask the rabbi, ‘Is this divine intervention? Does God not want me to get married?’” said Dan Rosehill. “But he told me it was ‘just a test,’ and we would get through it.”

The couple — along with their guests, the band and the rabbi — relocated to the Hilton down the block. That, Gaby Rosehill said, was when her wedding planners “really kicked into action.” They found a sheet to serve as a chuppah and some extra food to keep guests happy as police searched the Grand Hotel for five hours. Police eventually determined that the bomb threat had been a “hoax.”

“Who else can say they walked down the aisle twice at their own wedding, stood under two chuppahs in two different hotels in the space of two hours?” the new Mrs. Rosehill said.

Eventually, the wedding party was allowed back into their original space.

“We had missed our starter and main course but got to have dessert. It just goes to show all you really need is love,” Dan Rosehill said.

WATCH: This Jewish Wedding Was Almost Totally Ruined — By A Bomb Threat