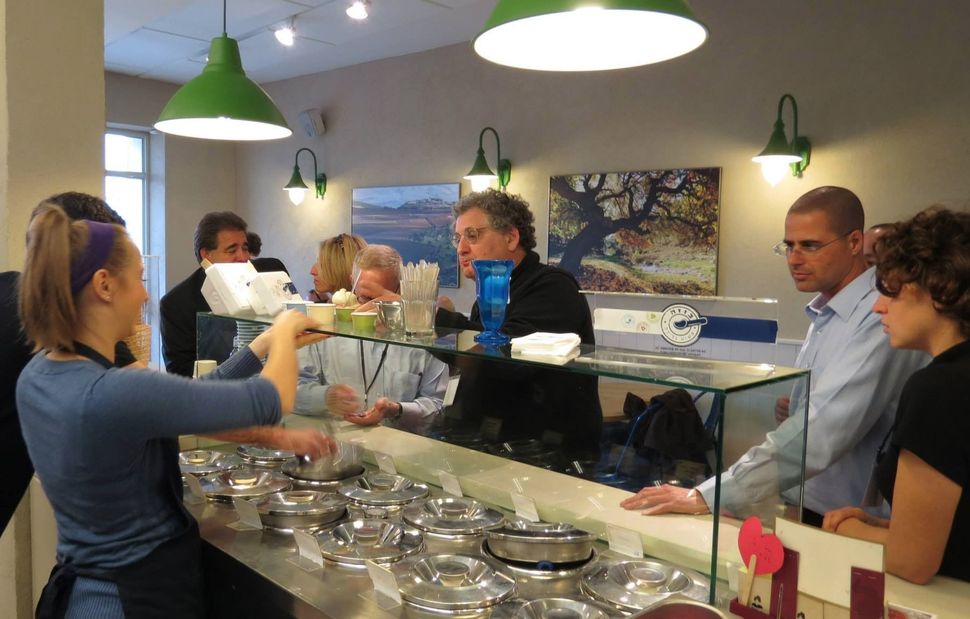 Two Israelis — a Jew and an Arab — have created a chilly partnership — through ice cream.

Adam Ziv, from a kibbutz in the Upper Galilee region of Israel, and Alaa Sweitat, from the nearby Arab village of Tarshiha, created Buza Ice Cream in 2012. Five years later, the pair have five ice cream parlors in northern Israel and Tel Aviv, and recently won a prestigious United Nations prize for businesses promoting peace.

“The only way to change attitudes is to communicate,”said Ziv told Ynet News. “In order to light up the darkness, one must turn on a flashlight. The light we are creating with Buza is probably dim, but it’s a light nonetheless.”

Ziv became passionate about ice cream while living in the Canary Islands after his army service. When he returned to Israel, he sought out an Arab partner to help start a business that would change minds and indulge everyone’s sweet tooth. Sweitat, owner of the Jerusalem restaurant Aluma, agreed to join him.

The most popular flavors are vanilla and chocolate hazelnut, though customers often love the seasonal flavors made from local ingredients, like lemon sorbet or pecan ice cream.