Police: Attacks On German Synagogue ‘May Have Been Anti-Semitic’ 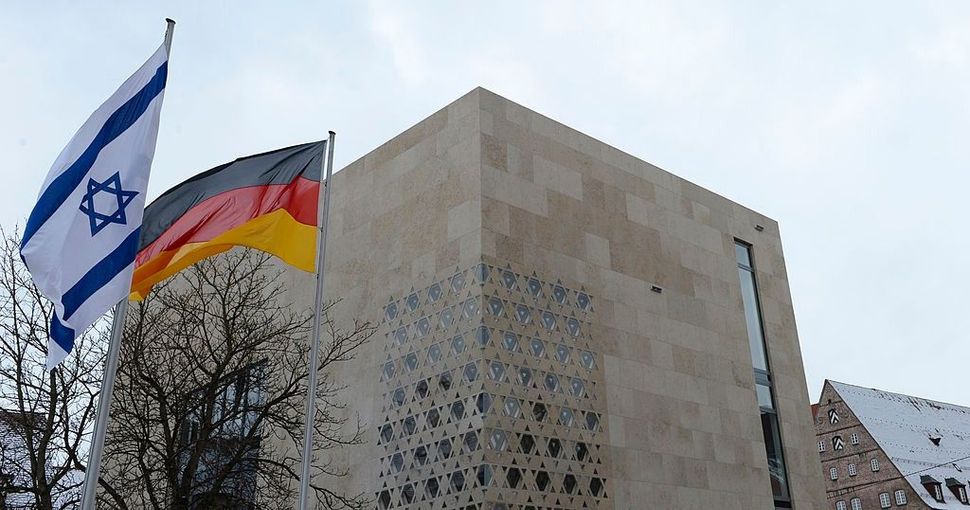 The New Synagogue in Ulm, Germany was built in 2012. Image by Getty Images

(JTA) — Weeks after two attacks on a synagogue in Germany, police in the city of Ulm say the motive may have been anti-Semitic.

State security officials are investigating incidents on Aug. 26 and Sept. 2 in which one or more perpetrators kicked at the facade of the New Synagogue and later rammed it with a metal post, breaking through the outer wall. According to reports, repairs will cost several thousand dollars.

On Tuesday, an Ulm police spokesman said that anti-Semitism was not out of the question, but added that investigators were looking into all possibilities. There are no suspects.

Rabbi Schneur Trebnik told the Juedische Allgemeine Zeitung, Germany’s Jewish newspaper, that authorities routinely play down reports of anti-Semitic incidents, and that community members are fearful of being recognized as Jewish on the streets.

In this case, he said, local Jews are upset that no one who saw the attack in progress called police.

An image of a possible perpetrator carrying an object resembling a metal post was publicized Sept. 11, along with a telephone number for potential witnesses to call. The photo, which also shows two people with the man, was gleaned from a security video camera.

The police report notes that “investigators are aware that the perpetrator and his companions were seen by witnesses shortly before and after” the incidents.

Police: Attacks On German Synagogue ‘May Have Been Anti-Semitic’