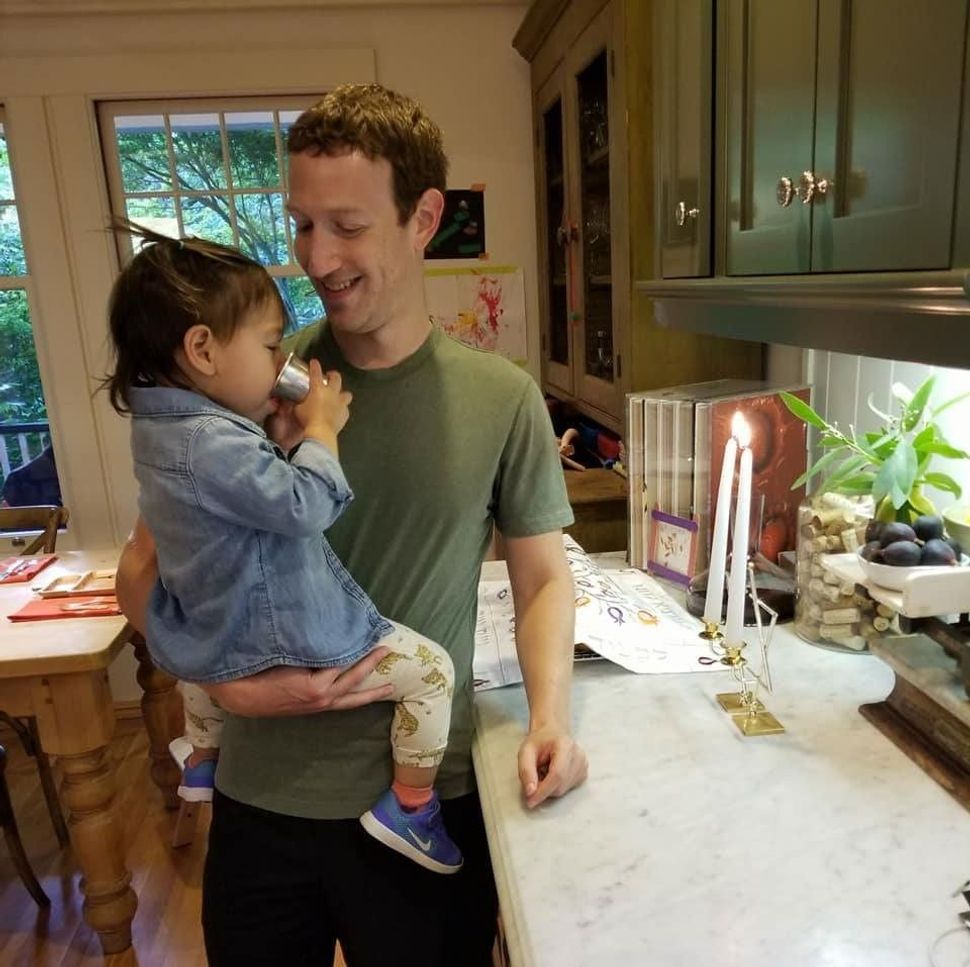 (JTA) — Mark Zuckerberg gave his daughter Max a kiddush cup that belonged to her great-great-grandfather Max.

Zuckerberg posted a photo of young Max drinking from the cup in her father’s arms, alongside a marble kitchen counter topped with two lit Shabbat candles and challahs under a white cover.

“For shabbat tonight, we gave Max a kiddush cup that has been in our family for almost 100 years. Her great-great-grandfather Max got it after our family immigrated here and it has been passed down through our family ever since,” Zuckerberg wrote in his post.

Max, whose full name is Maxima, is 2; her sister, August, was born last month.

In a post on Facebook in December, Zuckerberg said he was once an atheist but now believes that “religion is very important.” The post came after he wished his followers a “Merry Christmas and Happy Hanukkah” on Dec. 25, 2016.  Zuckerberg’s wife, Priscilla Chan, practices Buddhism.