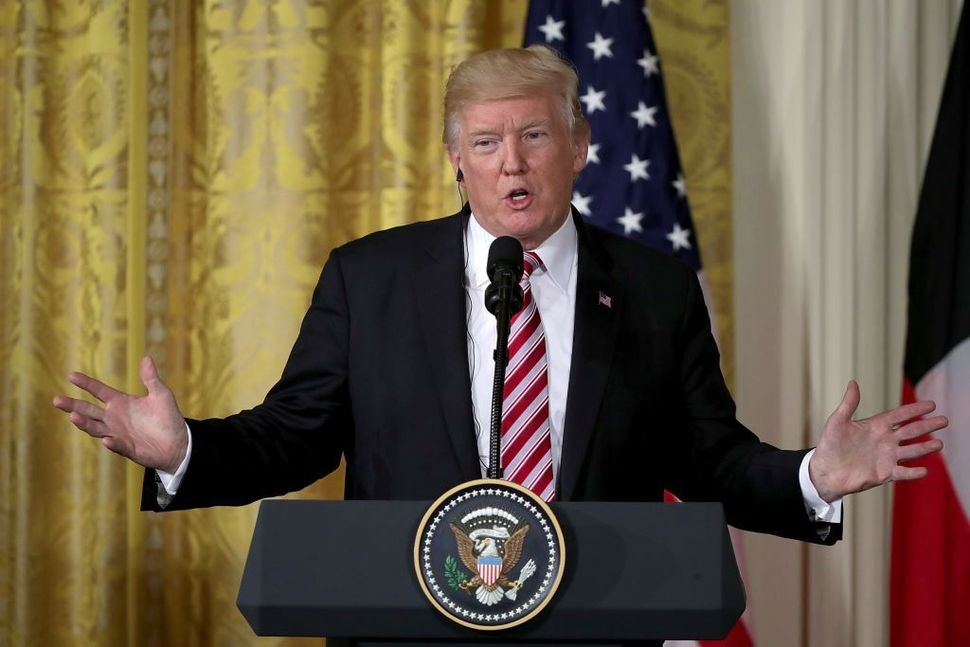 President Trump retweeted a video on Sunday posted by a user with a history of making anti-Semitic statements.

The video, posted by user @fuctupmind on Wednesday, shows Trump teeing off on a golf course before a ball hits Hillary Clinton, causing her to fall down. (It uses footage from a 2011 incident when Clinton fell while boarding a plane)

The tweet was part of a series of anti-Clinton messages Trump wrote and shared on Sunday.

According to Haaretz, @fuctupmind wrote in a since-deleted tweet last November, “Please get rid of the Hasidic Jews. They are the worst people on the planet.”

This is at least the third time in three months that Trump has shared social media content disseminated by anti-Semitic web users. Previous incidents occurred in August and July.