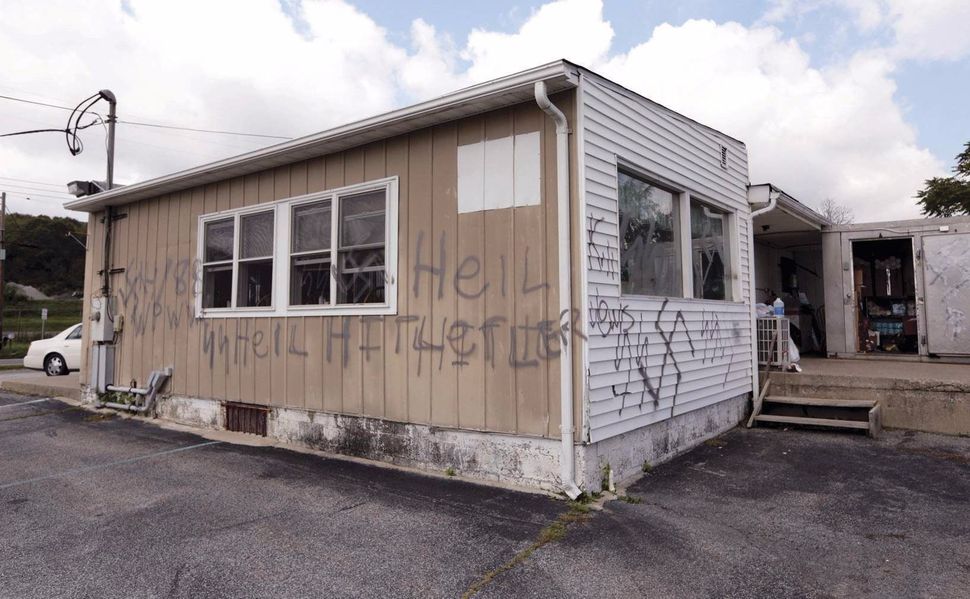 Police are investigating anti-Semitic graffiti found on the side of a diner in New Jersey this weekend, including spray painted swastikas.

Some of the language scrawled on the side of the building include, “Kill Jews,” “Heil Hitler,” and “WPWW,” an acronym for “white power world wide,” the New Jersey Herald reported.

One employee, Sharon Smith, told the Herald that surrounding businesses and customers called in with support, offering to help clean up the grafitti.

“I want to believe it’s a bunch of young kids that don’t know the meanings of the messages, they think it’s a cool thing to do or whatever,” she said. “But, in another sense, you just don’t know anymore.”