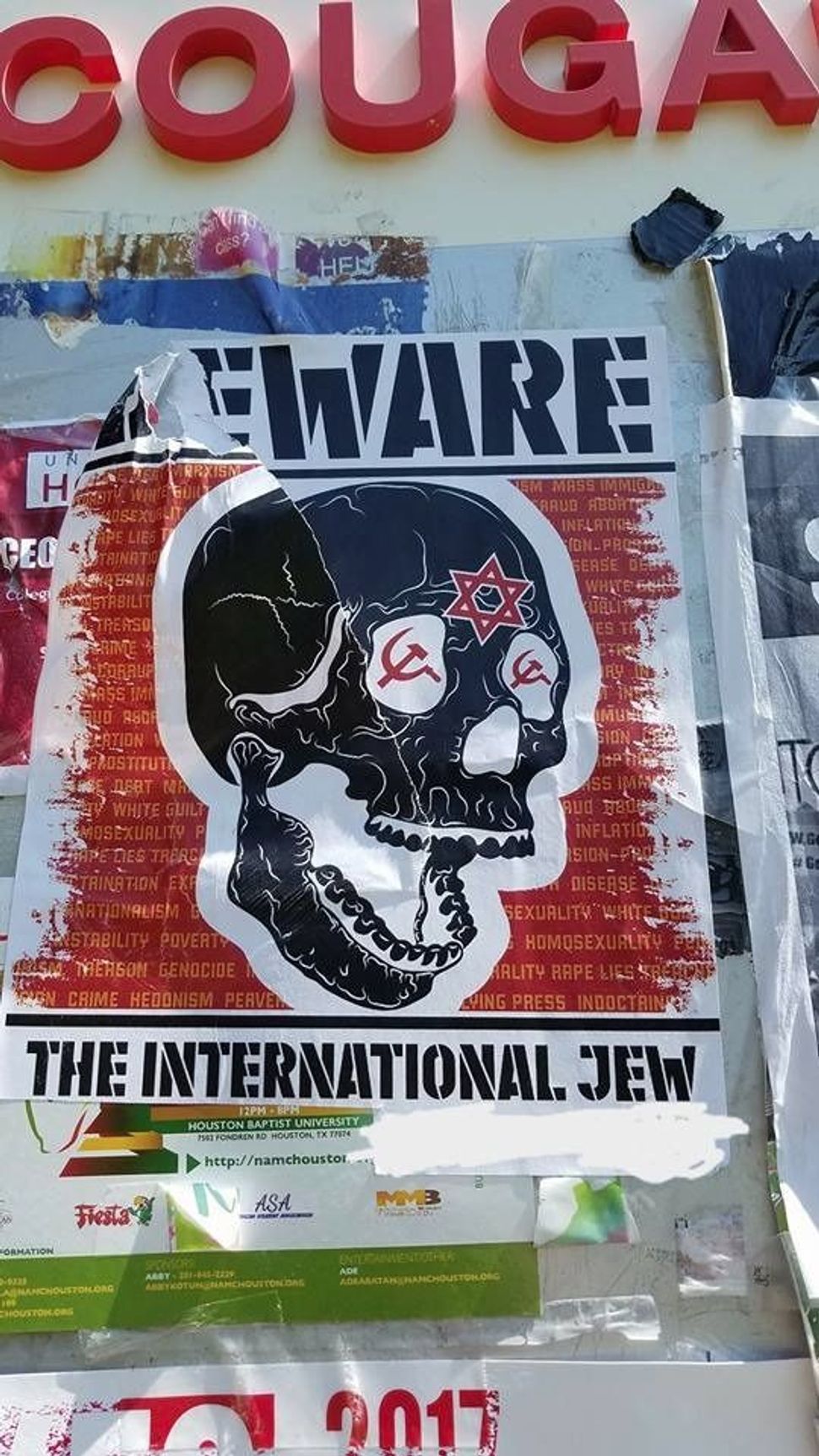 Anti-Semitic flyers and stickers were found at the University of Houston last week, the latest in what is a broad campus outreach campaign mounted by white supremacist groups ahead of the new school year.

The flyers were found on at the university’s main campus on Tuesday, the Algemeiner reported, and included phrases like, “Beware the International Jew” and “Imagine a Muslim-Free America.”

An online statement from the university’s chapter of the Young Communist League suspects that Vanguard America, a white nationalist group, is behind the effort, though the group does not appear to have claimed responsibility.

A university spokesperson told the Algemeiner that the fliers were “reprehensible,” but also said the school respects “the constitutional right to freedom of expression.”

Signs were removed, he said, because they were “posted in locations where they are prohibited by the university and may constitute criminal mischief,” not because of the content of the fliers.