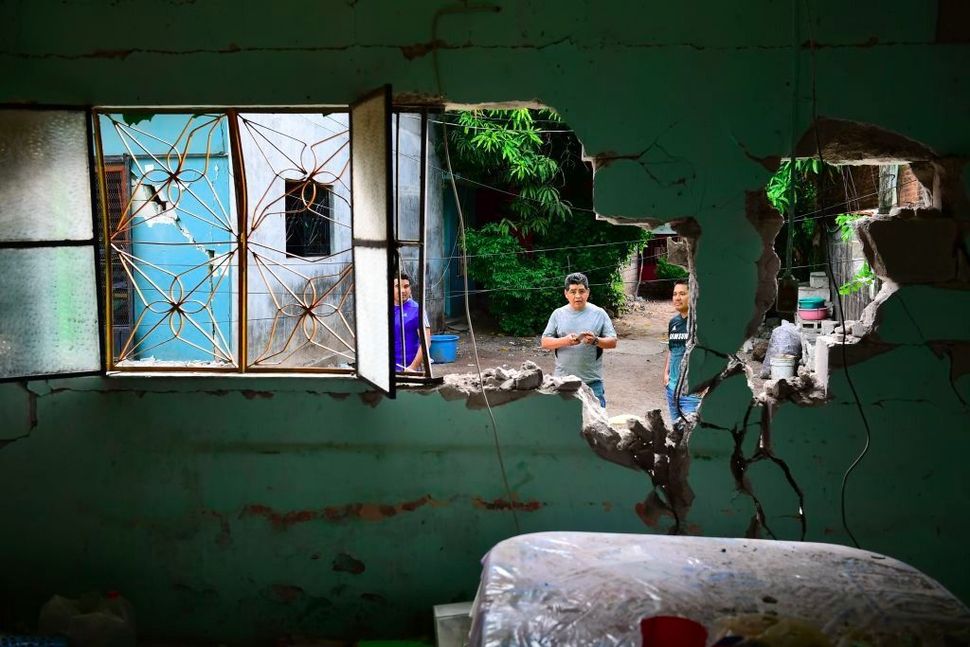 JERUSALEM (JTA) — Volunteers from the Jewish Agency for Israel have mobilized in two Mexican communities to help residents recover from a major earthquake earlier this month.

At least 96 people died in the 8.1 magnitude quake that struck off the southern Pacific coast on Sept. 7. The Mexican states of Oaxaca and Chiapas were hardest hit.

The Jewish Agency’s Project TEN program, an international development program that operates volunteer centers in developing areas around the world, has sent nine volunteers — eight Israeli and one British, two doctors and two staff members  — to work with the Oaxaca community.

The volunteers packed and distributed about 1,000 food parcels, clean water and early childhood packages consisting of diapers, milk substitutes and other necessities. The doctors treated injured residents, including many children.

Project TEN already had a center located in Oaxaca opened in 2013.