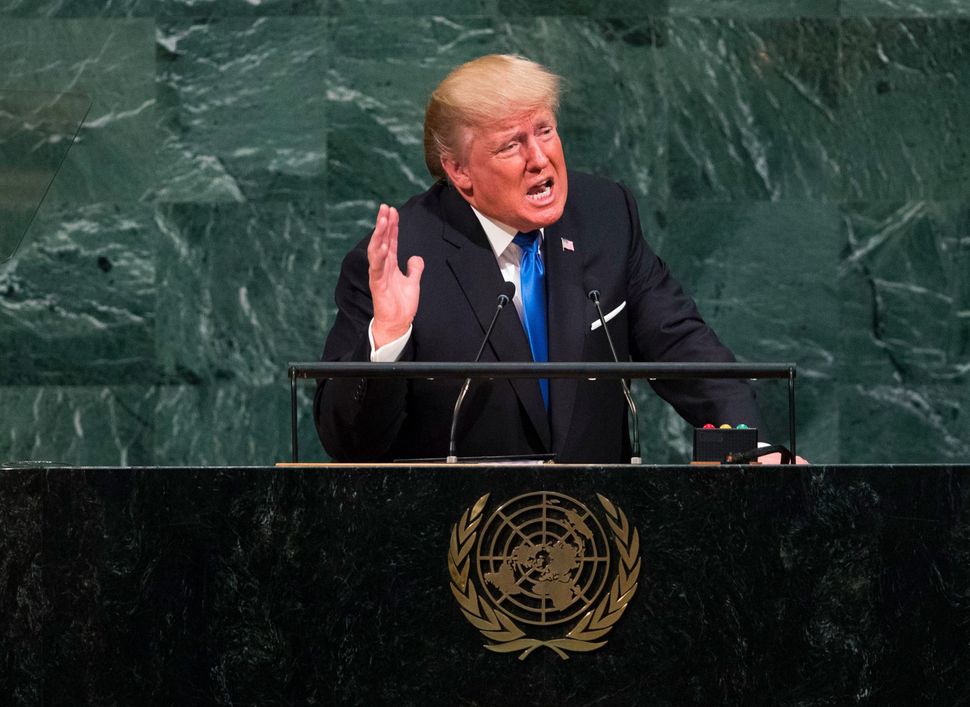 President Trump is unhappy with the Iran nuclear deal but has not signaled he will abandon it, the U.S. ambassador to the United Nations said on Wednesday as she pressed Tehran to halt ballistic missile tests and stop supporting terrorism and arms smuggling.

“It’s not a clear signal that he plans to withdraw. What it is, is a clear signal that he’s not happy with the deal,” the envoy, Nikki Haley, told CBS News of Trump’s pugnacious speech to the U.N. General Assembly on Tuesday in which he called the 2015 international accord an “embarrassment.”

Trump hinted in his speech that he may not recertify the agreement, negotiated by his predecessor, Barack Obama. “I don’t think you’ve heard the last of it,” he said.

Haley spoke ahead of Iranian President Hassan Rouhani’s speech before the annual gathering of world leaders in which he is expected to respond to Trump’s accusations that Iran exports “violence, bloodshed and chaos.” Tehran on Tuesday denounced Trump’s remarks as “shameless and ignorant” and said he ignored “Iran’s fight against terrorism.”

The U.S. president must decide by Oct. 15 whether to certify that Iran is complying with the pact, a decision that could sink the deal. If he does not, the U.S. Congress has 60 days to decide whether to reimpose sanctions waived under the accord.