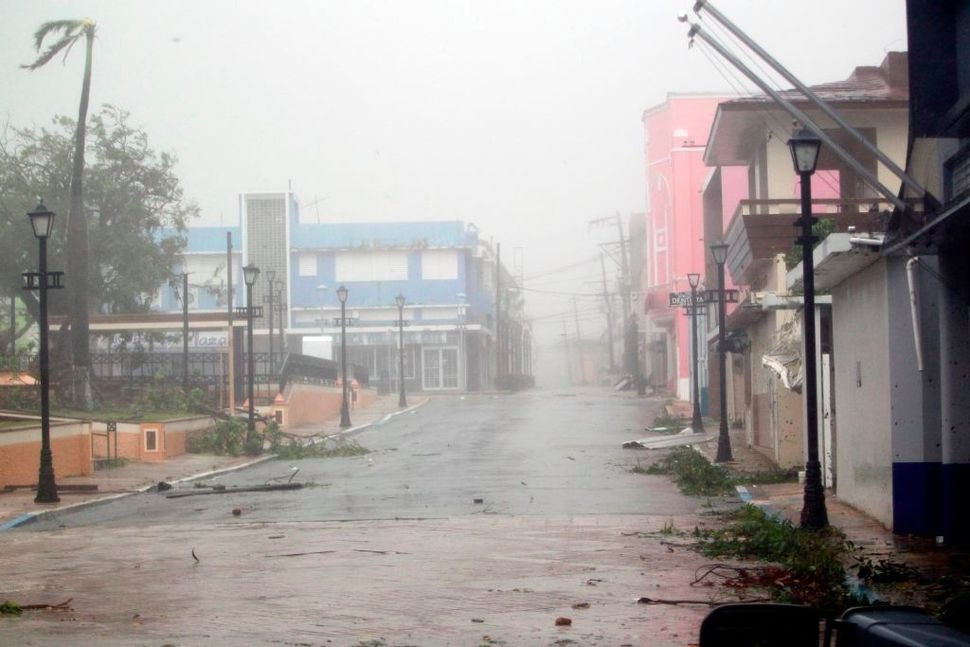 The synagogues, all in San Juan, canceled Wednesday evening services for the Jewish New Year and urged members to stay home, according to The Times of Israel.

Hurricane Maria hit Puerto Rico on Wednesday morning after causing widespread destruction on the Caribbean island nation of Dominica. In Puerto Rico, which has 3.3 million residents, power outages were expected as strong winds ripped trees out of the ground

Leaders of the Jewish community, which numbers around 2,000, said there was no choice but to cancel the Rosh Hashanah services.

Diego Mandelbaum, a leader at Shaare Zedek, a Conservative congregation and Puerto Rico’s largest synagogue, told The Times of Israel: “This is a situation that speaks for itself. This isn’t even a decision, it’s an impossibility.”

Yadhira Ramirez Toro, a leader at the Reform Temple Beth Shalom, said people had been urged to stay home.

“Nobody’s supposed to leave their houses,” Toro told The Times of Israel.

Puerto Rico is still recovering from Hurricane Irma earlier this month, which led to widespread power outages on the island.

Rabbi Mendel Zarchi, who runs a Chabad house in the San Juan suburb of Isla Verde, was using his synagogue to provide shelter for people in need. The synagogue was built to be able to withstand a hurricane.