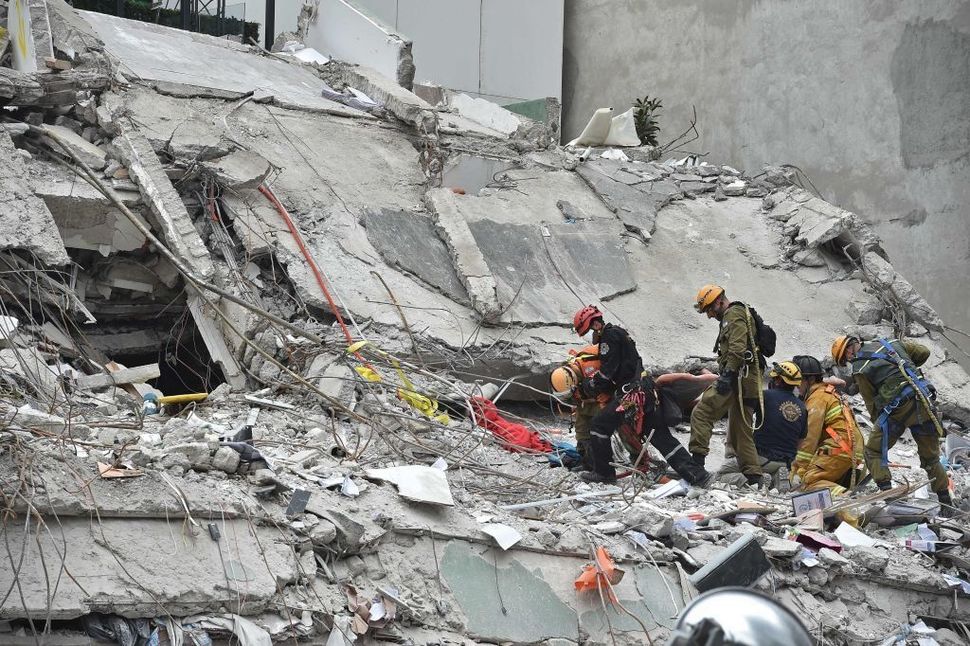 (JTA) — Volunteers from Israel’s ZAKA search and rescue organization recovered from a collapsed office building in Mexico the body of a local rabbi.

Rabbi Haim Ashkenazi had been working in the office building when the 7.1-magnitude earthquake struck central Mexico on Tuesday afternoon, rocking the capital of Mexico City and causing hundreds of buildings to collapse.

The ZAKA volunteers in Mexico have been working continuously together with the Mexican Jewish rescue and recovery organization Cadena since September 19, including throughout Rosh Hashanah and Shabbat, in accordance with Tawil’s rulings.

More than 300 people have been killed since the quake struck on Tuesday.

A 71-member delegation of Israeli soldiers from the IDF’s Home Front Command arrived in Mexico on Thursday, including a search and rescue team and engineers who will help assess the structural integrity of buildings affected by the earthquake. The IDF chief rabbi gave the group permission to travel on Rosh Hashanah, the Times of Israel reported. The delegation is currently scheduled to return to Israel on September 29, erev Yom Kippur.

As of Sunday morning, the Home Front Command delegation had surveyed 59 buildings, according to the IDF. On Friday, the residents of a Mexican town took to the streets to applaud the rescue team, which was caught on video and aired on Israel’s Channel 2.