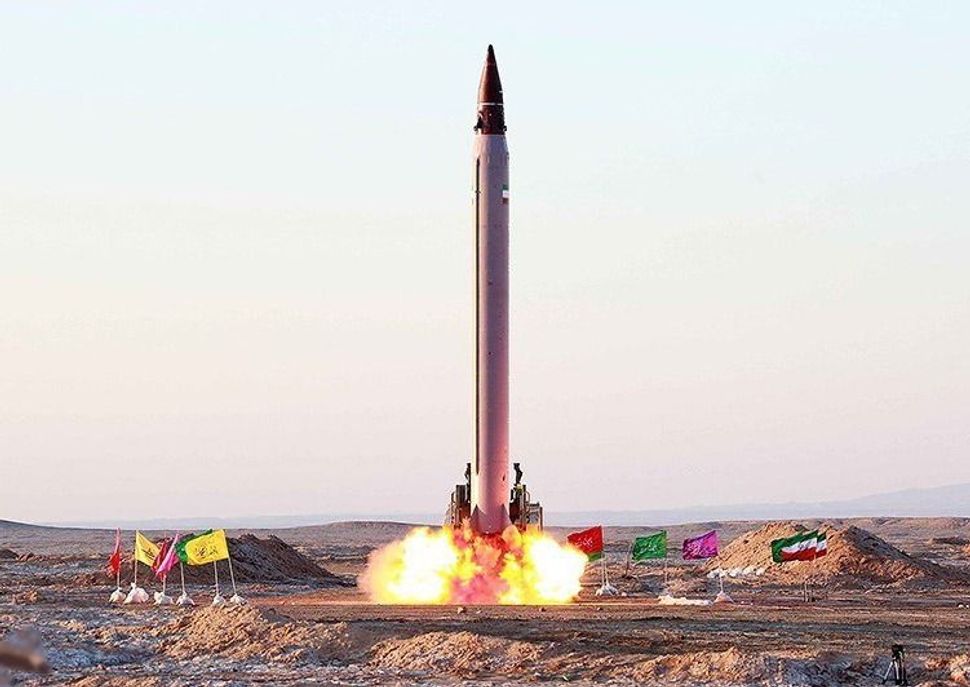 The announcement was made Saturday by the country’s defense minister, Amir Hatami. “As long as some speak in the language of threats, the strengthening of the country’s defense capabilities will continue and Iran will not seek permission from any country for producing various kinds of missile,” he said Saturday.

The missile, dubbed Khoramshahr, reportedly has a range of 1,250 miles and can carry multiple warheads.

Footage of the missile test, including from a camera mounted on the missile, was shown on Iran’s state television, though it did not say when the test took place.

Israeli Defense Minister Avigdor Liberman called the missile test “a provocation to the United States and its allies, including Israel,” as well as “further proof of Iran’s ambition to become a global power that threatens not only the Middle East, but all the countries of the free world.”

President Trump, who has threatened to renegotiate or dump the Iran nuclear agreement signed by the world powers with the Islamic Republic in 2015, tweeted about the test following Iran’s announcement.

“Iran just test-fired a Ballistic Missile capable of reaching Israel. They are also working with North Korea. Not much of an agreement we have!” he wrote.

According to U.S. law, Oct. 15 is the next deadline for Trump to certify that Iran is abiding by the deal.