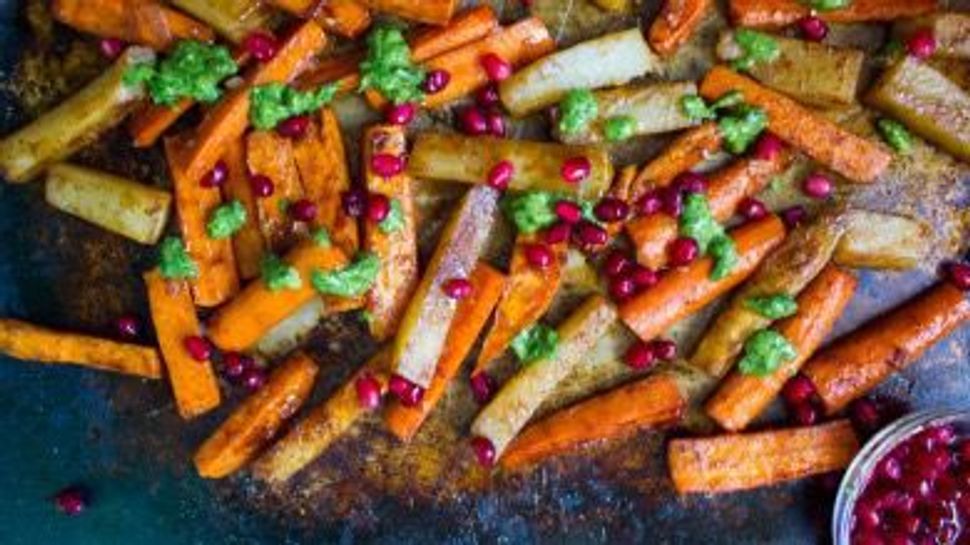 Plenty, it turns out.

The Jewish holiday favorite was first referenced last week by Judge William H. Walls, the non-Jewish judge presiding over the case, when he compared his decision to allow certain evidence in the case to a Jewish stew with “a little bit of this, and a little bit of that.”

Politico reported that Menendez’s defense attorney, Abbe Lowell, informed the judge that the carrot stew was tzimmes — and added that it is traditionally served at Rosh Hashanah.

Lowell vowed to bring in some samples — and kept his word Monday by toting containers of leftovers for the judge, court workers and even the prosecutors who are trying to put Menendez behind bars for allegedly trading access and government favors for campaign donations.

“This is a new meaning of serving the government,” Lowell joked, according to the news site.

The case is no laughing matter for Menendez or his Democratic allies. If he is convicted there is an outside chance he could be forced out of office before the end of the year. That would give outgoing Republican governor, Chris Christie, the chance to appoint a successor, potentially beefing up the GOP’s slim Senate majority.