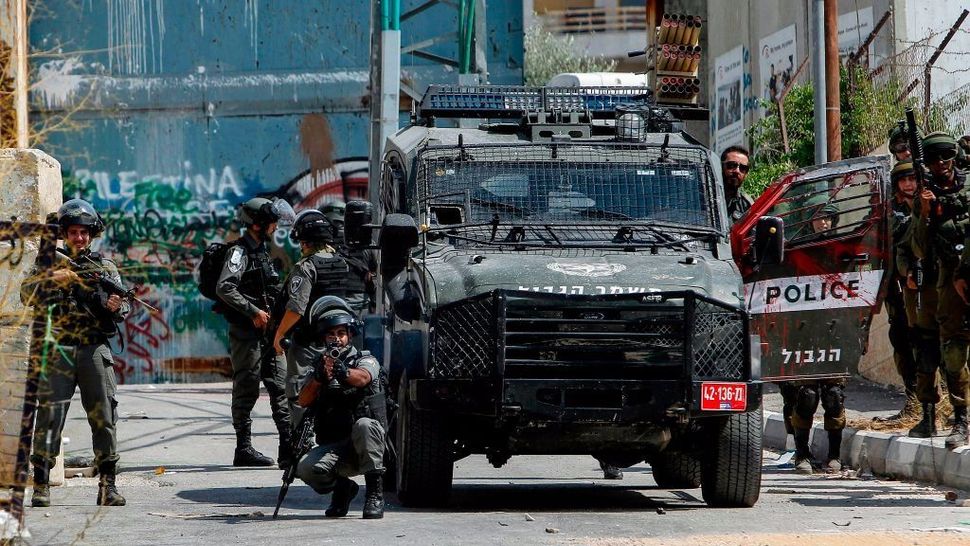 A Palestinian man with security clearance to work at a Jewish settlement in the occupied West Bank opened fire at a checkpoint on Tuesday, killing two Israeli security guards and a paramilitary policeman.

The assailant, who was armed with a pistol and also seriously wounded a fourth Israeli, was shot dead, police said.

The incident was unusual in that the 37-year-old man had been issued an Israeli work permit – a process that entails security vetting – unlike most of the Palestinians involved in a wave of street attacks that began two years ago.

A police spokeswoman said the gunman approached Har Adar among a group of Palestinians who work at the settlement, and aroused the suspicion of guards at the entrance checkpoint.

Challenged to halt, the Palestinian “opened his shirt, drew a pistol and fired at the security staff and troopers at close range,” the spokeswoman said.

Residents of the settlement told Israeli media the man worked as a cleaner. One of them, Moish Berdichev, said he had domestic problems – his wife had left him.

“He was a guy with a good head on his shoulders. It’s a shame. Very sad,” Berdichev told Army Radio.