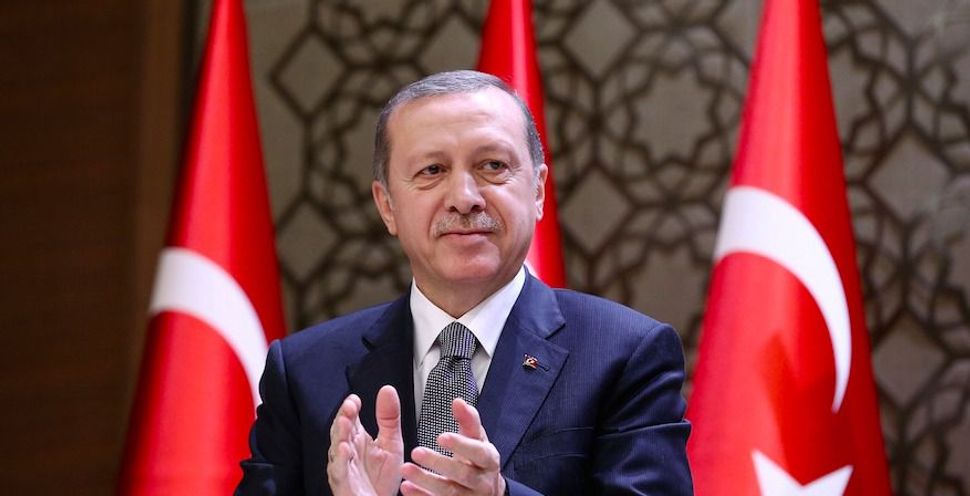 (JTA) — President Recep Tayyip Erdoğan of Turkey threatened to halt steps being taken toward normalization with Israel if it does not end its support for an independent Kurdish state.

“If Israel does not reconsider its support for Kurdish independence, Turkey will not be able to take many steps we would have with Israel, too,” Erdogan said Tuesday, the day after a nonbinding referendum by Iraqi Kurdistan on whether to seek independence. His remarks were reported by the Turkish Daily Sabah.

Netanyahu was the only leader in the region to endorse the referendum.

Turkey and Israel are working on repairing ties that were broken after an Israeli raid on a flotilla trying to break the naval blockade of Gaza in 2010 left nine Turkish activists dead. The countries began re-establishing diplomatic ties last year following an apology by Israel and the payment of $20 million in compensation to the victims’ families.

On Monday, 78 percent of 5.2 million eligible voters turned out for the referendum. The results are expected back Thursday, and an overwhelming “yes” vote is predicted.