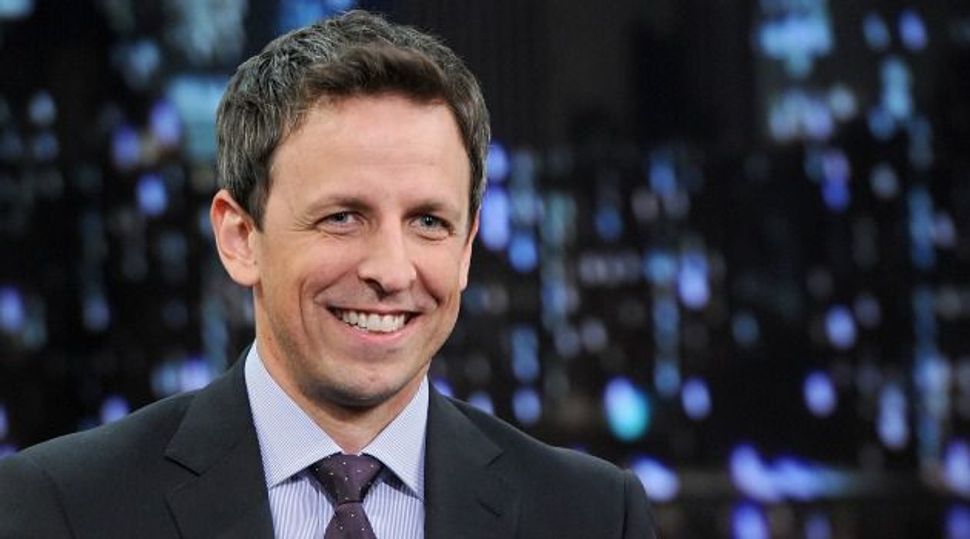 Seth Meyers, the faux news anchor-turned-“Late Show” host, lit into Donald Trump on Monday night, referring to the president as an “asshole” after Trump attacked sports stars for kneeling during the national anthem.

“Our president is an asshole,” the NBC host said, during a segment on the national anthem controversy. “Last weekend was in many ways a perfect distillation of Trump’s presidency ― feeding his base racial and cultural resentments in order to keep them on his side as his team of corrupt authoritarians try to swindle hard-working Americans out of their health care.”

Trump has courted controversy for picking fights with basketball and football athletes who refused to stand during the national anthem – a protest that former NFL quarterback Colin Kapaernick started doing as a protest against institutional racism. Meyers has a background in political humor, having hosted “Saturday Night Live’s” mock news Weekend Update feature.