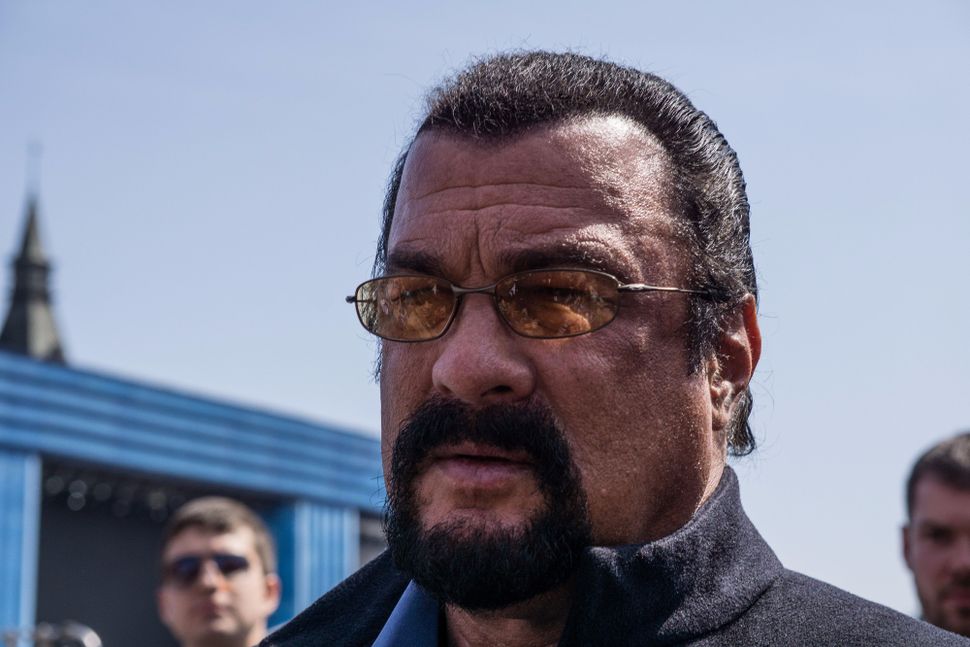 “I don’t think they should hold the United States of America hostage by taking a venue where people are tuning in to watch a football game and imposing their political views,” said the martial arts expert, who has been accused of many, many, many, many crimes. “I think it’s outrageous. I think it’s a joke. It’s disgusting.”

The advocate for elephant rights and musician behind the acclaimed album “Mojo Priest” went on to say that he has personally “risked [his] life several times for the American flag.”

The close and personal friend of Vladimir Putin’s close and personal opinion was trending on Twitter this morning, where many users were upset to find that the entrepreneur behind the now defunct Lightning Bolt energy drink had come out against the right of NFL players to exercise free speech.

It was prominent activist and journalist Shaun King who asked the question that needed to be asked:

On the real though – WHY IN THE HELL IS STEVEN SEAGAL interviewed on the news like he’s a viable, serious voice on essential issues???

Elect a clown, expect a circus

I hope your good morning was worth it, Britain.