Schumer Calls For U.S To Back Kurdish Independence 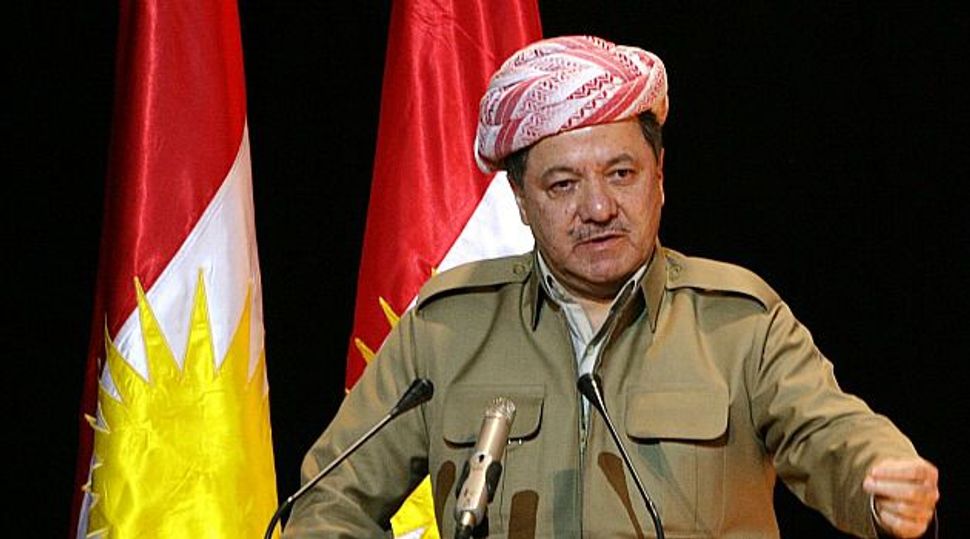 Hush-Hush Alliance: Iraqi Kurdish leader Marsoud Barzani has long been one of Israel?s only allies in the Middle East. Ties have been strained by Israel?s campaign to counter the growing nuclear threat posed by Iran. Image by getty images

WASHINGTON (JTA) — Sen. Charles Schumer, D-N.Y., the minority leader in the U.S. Senate, has called on the Trump administration to recognize the Kurdish bid for independence, a position embraced internationally virtually only by Israel.

“Monday’s historic vote in Iraqi Kurdistan should be recognized and respected by the world, and the Kurdish people of northern Iraq have my utmost support,” Schumer said in a statement Wednesday, referring to the referendum in which 92 percent of 3 million voters said they favored Kurdish independence. “I believe the Kurds should have an independent state as soon as possible and that the position of the United States government should be to support a political process that addresses the aspirations of the Kurds for an independent state.”

No other power in the region except for Israel favored the referendum, with Iraq’s government threatening military action and Turkish President Recep Tayyip Erdoğan threatening to suspend normalization talks with Israel because of its backing.

Kurds have for decades functioned as a U.S. ally in the region and for even longer have had ties — at times open — with Israel, facilitated by the substantial Kurdish Jewish community in Israel.

The Trump administration opposed the independence vote, fearing it could crumble the regional alliance combatting the Islamic State terrorist group.

Schumer Calls For U.S To Back Kurdish Independence