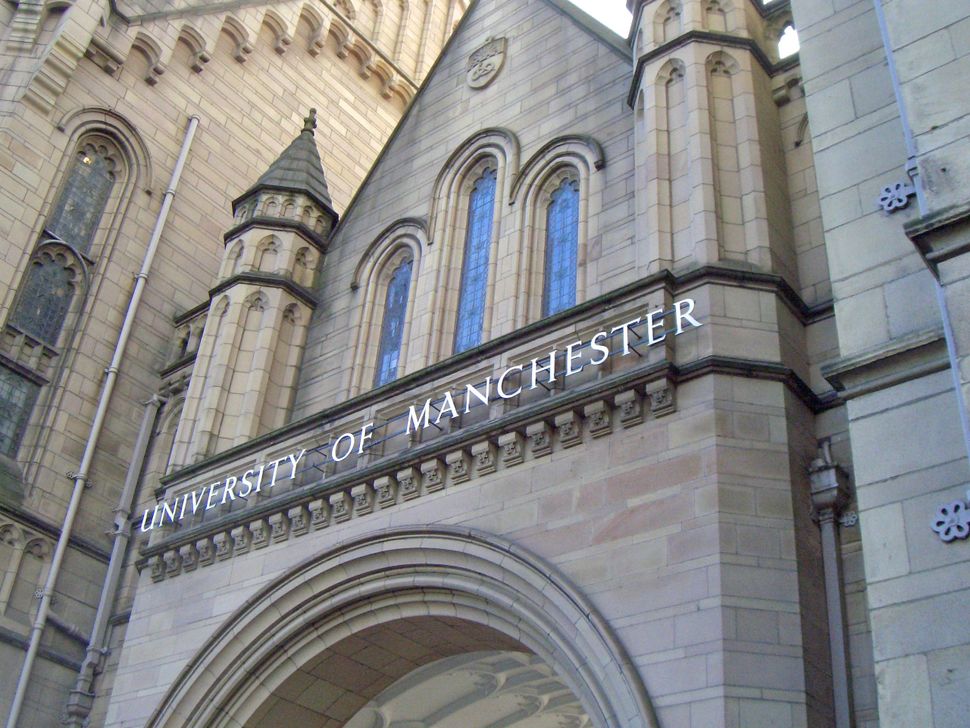 (JTA) — A Holocaust survivor’s speech that compared Israel’s treatment of the Palestinians to Nazis treatment of Jews was censored by a British university.

Manchester University censored the title of a talk in March by Holocaust survivor Marika Sherwood, The Guardian reported on Friday. The original talk was titled: “A Holocaust survivor’s story and the Balfour declaration: You’re doing to the Palestinians what the Nazis did to me.”

The talk was part of Israeli Apartheid Week, a series of events organized by the university’s student committee of the Boycott, Divestment and Sanctions, or BDS campaign.

The subhead of the title was dropped and the university said it would record the speech after a visit to the university by Mark Regev, the Israeli ambassador, and his civil affairs attaché, Michael Freeman, the newspaper reported.

Following the February 22 visit, Freeman sent an email to Manchester University’s head of student experience, Tim Westlake, which thanked him for discussing the “difficult issues that we face,” including the “offensively titled” Israeli Apartheid Week. Freeman also said in the email that the title of Sherwood’s talk violates the International Holocaust Remembrance Alliance’s definition of antisemitism, and criticized another speaker as anti-Semitic.

The Sherwood speech went forward as planned. “I was just speaking of my experience of what the Nazis were doing to me as a Jewish child. I had to move away from where I was living, because Jews couldn’t live there. I couldn’t go to school. I would have died were it not for the Christians who baptized us and shared papers with us to save us,” Sherwood told The Guardian. “I can’t say I’m a Palestinian, but my experiences as a child are not dissimilar to what Palestinian children are experiencing now.”