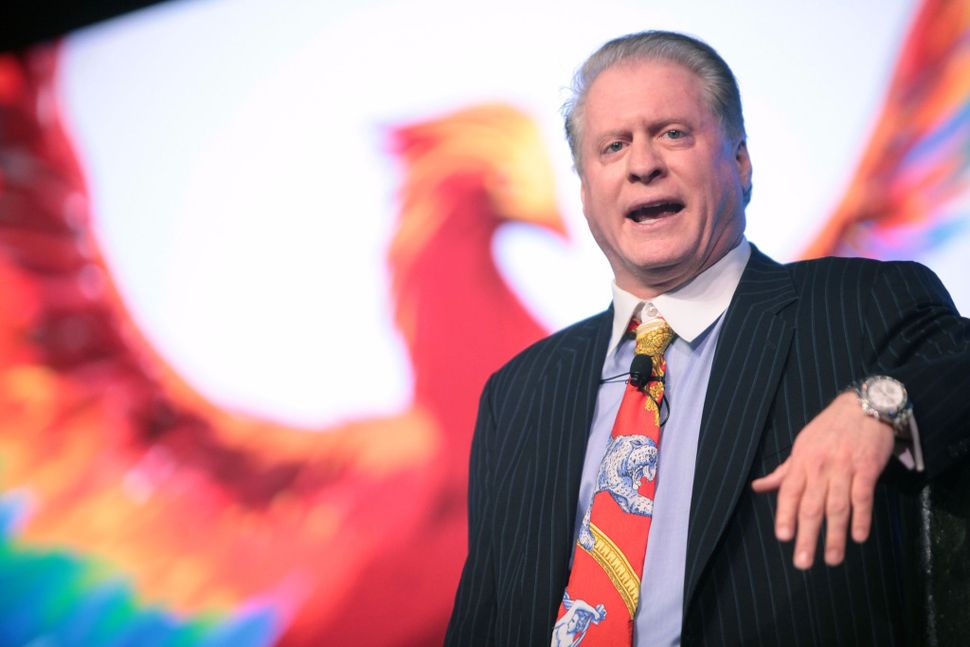 A columnist for a newspaper owned by billionaire mega-donor Sheldon Adelson repeatedly alleged on Sunday and Monday that the mass shooting at a country music festival in Las Vegas was perpetrated by Muslims—even after the police denied any connection to international terrorist organizations.

Wayne Allyn Root, a self-proclaimed “Jew turned evangelical Christian” who was the the Libertarian Party’s 2008 nominee for vice president, joined the Las Vegas Review-Journal shortly after it was purchased in 2015 by a mysterious unknown owner, who was eventually revealed to be Adelson.

In the hours after the Vegas attack, which turned out to be the deadliest mass shooting in U.S. history, Root tweeted, “This is real thing. Clearly coordinated Muslim terror attack. PRAY for our Vegas police. PRAY for victims. VERY bad. Awful.”

(He also tweeted that sources were telling him that there were multiple shooters—which turned out to be false.)

Although ISIS claimed credit for the attack, local police said that gunman Stephen Paddock had no known ties to terror groups. But Root doubled down.

Laura Loomer, another Jewish journalist with ties to the alt-right, also tied Paddock’s girlfriend, named by police as a “woman of interest,” to Muslim terror.

“There is still a connection to Islam. So don’t rule that out yet. The woman of interest traveled to the Middle East in the past year,” she wrote.

The girlfriend, Marilou Danley, had traveled to Dubai. She was later cleared by police.