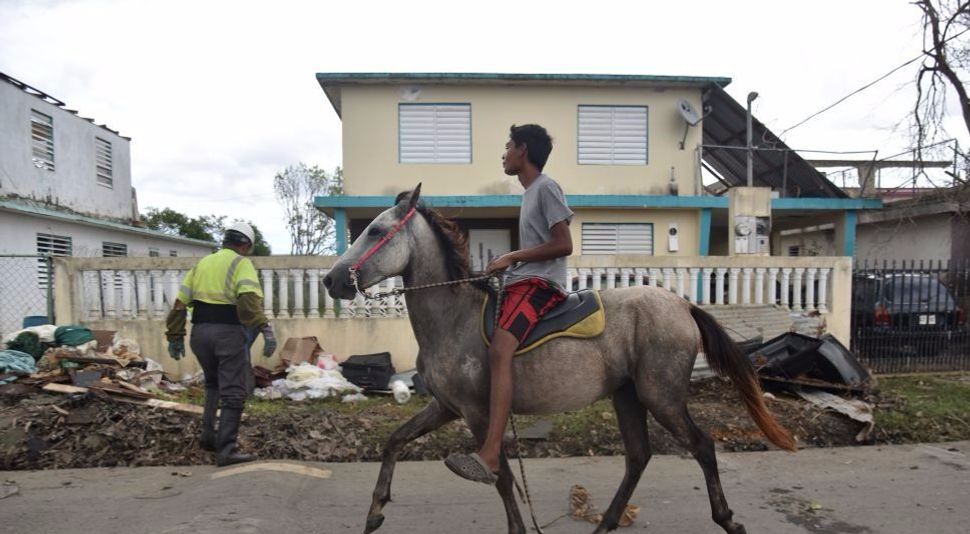 (JTA) — UJA-Federation of New York delivered a planeload of humanitarian supplies to the JCC in Puerto Rico and returned a stranded retired New York firefighter in time for his son’s wedding.

Firefighters in the city of Yonkers collected the supplies that arrived in Puerto Rico on Sunday morning in the wake of Hurricane Maria. The supplies were packed by the Afya Foundation for distribution by the Puerto Rico JCC to Jews and non-Jews, according to UJA.

“We are scraping the bottom, running out of supplies – food, water, medications, diapers,” Zarchi told UJA. “People here need everything. This will benefit the Jewish and broader community – so many are in desperate need right now. We cannot thank you enough. May we all be sealed in the book of life.”

The plane returned to New York Sunday evening carrying the retired firefighter, Jose Carabello, who had been in Puerto Rico caring for his hospitalized father when the hurricane hit. He served as the best man for his son, who also is a Yonkers firefighter.