Schumer Warns Against Returning Trove Of Jewish Artifacts To Iraq 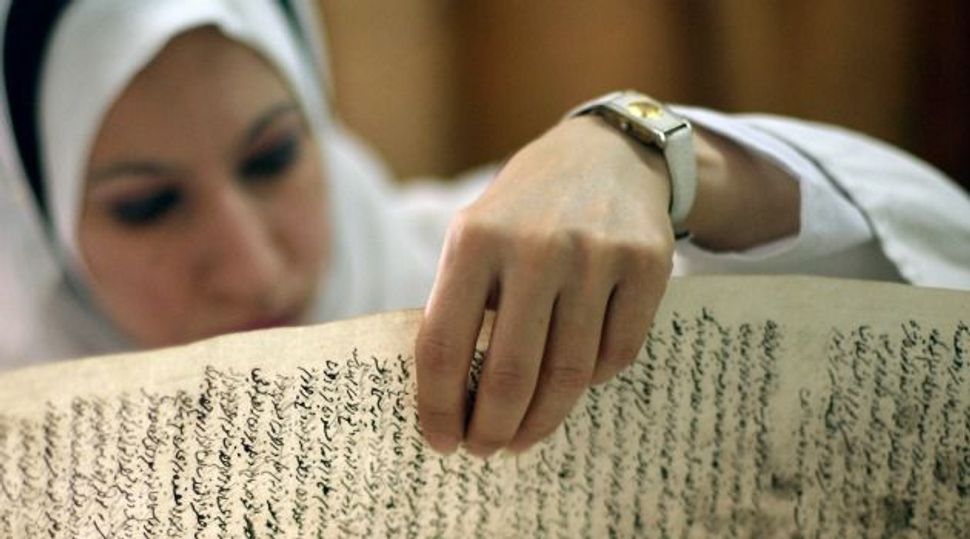 NEW YORK (JTA) — Senate Minority Leader Charles Schumer exhorted the State Department not to send back to Iraq a trove of artifacts that belonged to its now exiled Jewish community.

In a letter shared with JTA, the New York Democrat on Tuesday urged Secretary of State Rex Tillerson to work with Jewish groups and the Iraqi Jewish community in the United States and abroad to find a place for the Iraqi Jewish Archive.

“Since the exile of Jews from Iraq virtually no Jewish life remains in the country – this treasured collection belongs to the Jewish community and should be made available to them,” the Jewish lawmaker said in the letter.

Last month, the State Department told JTA that the archive will be returned to Iraq in September 2018, according to an agreement reached with the Iraqi government.

Discovered in the flooded basement of the Iraqi secret service headquarters by U.S. troops in 2003, the items, many of which were looted, include religious materials, books, personal documents and photographs. The U.S. government spent over $3 million to restore and digitalize the archive — which include a Hebrew Bible with commentaries from 1568, a Babylonian Talmud from 1793 and an 1815 version of the Jewish musical text Zohar — and it has been exhibited around the country.

Schumer Warns Against Returning Trove Of Jewish Artifacts To Iraq