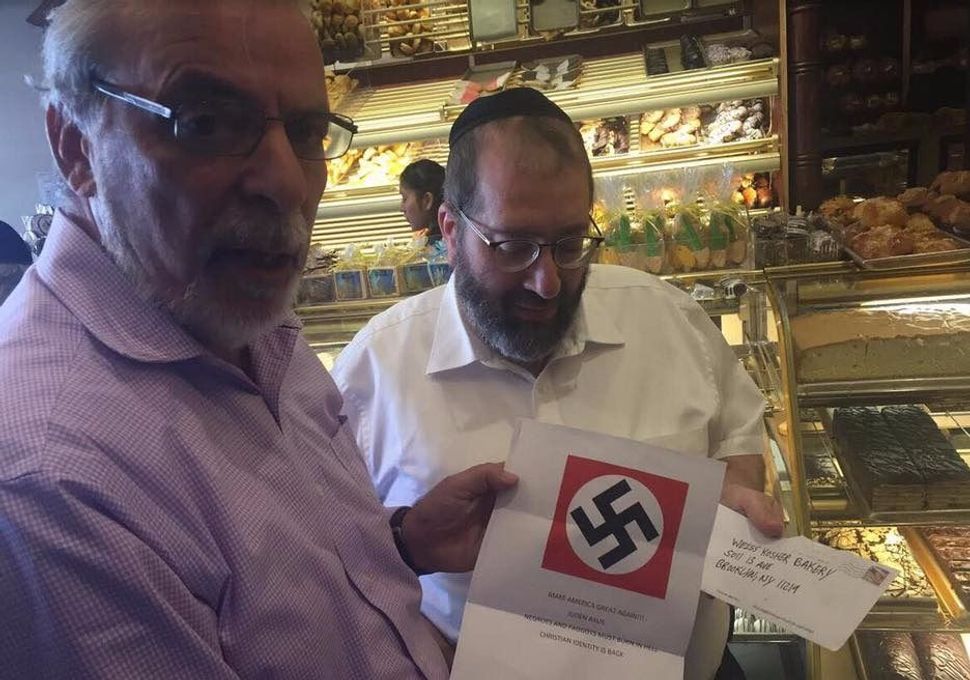 (JTA) — An anti-Semitic flyer that threatens Jews sent to a kosher bakery in Brooklyn is under investigation by police.

The notice sent to the Weiss Bakery in the haredi Orthodox neighborhood of Boro Park this week read: “MAKE AMERICA GREAT AGAIN!!! JUDEN RAUS (jews out). N***|**S AND F***|**S MUST BURN IN HELL. CHRISTIAN IDENTITY IS BACK.” Above the words is a black swastika surrounded by a white circle on a red background

“In light of what’s going on the world, all threats must be taken very seriously,” said Hikind. “We’re not waiting for an incident before addressing a threat.”

Hikind posted a copy of the flyer on his Twitter feed.

Acting Brooklyn District Attorney Eric Gonzalez said that his office is aware that the flyer also was sent to other locations and that the incidents are under investigation.