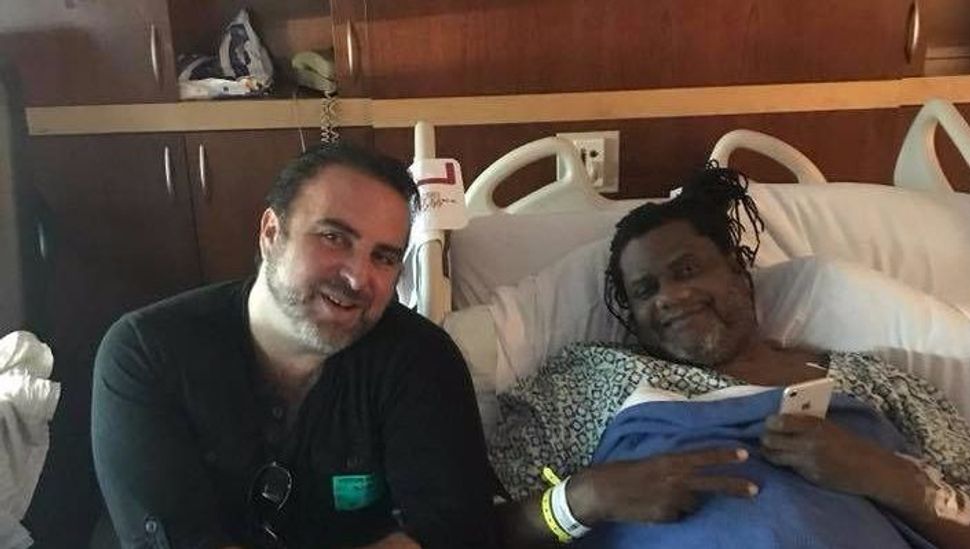 A Jewish man flew down to Puerto Rico to help evacuate his sick friend to Florida as Hurricane Maria closed in a heart-warming tale.

Elie Finegold, a native of Dallas, Texas, flew to San Juan, Puerto Rico to be at the side of his long-time friend Clovis Tobias, who had been evacuated to Puerto Rico after Hurricane Irma slammed into the U.S. Virgin Islands.

Tobias was hospital-bound and in dire need of medical attention – including a possible leg amputation – and so had to be evacuated out of Puerto Rico late last month as Hurricane Maria threatened Puerto Rico.

Finegold raised thousands of dollars on Facebook, and managed last week to get his friend to Florida, where he is being treated at an annex of the Cleveland Clinic.