Actually, It Would Be Big News If Bernie Sanders And Larry David Weren’t Cousins 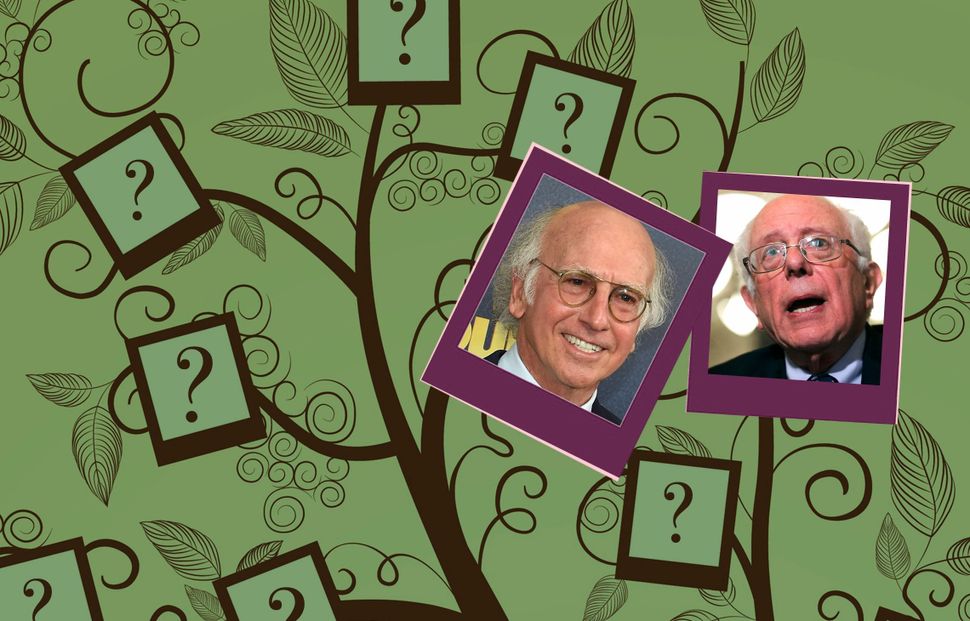 In the season premiere of the PBS’ show “Finding Your Roots,” hosted by Henry Louis Gates, Jr., Larry David and Senator Bernie Sanders are told of their respective ancestries. David gained acclaim in 2015 for doing a “spot-on” impression of the senator, a performance made easier by the widely remarked-upon fact that David shares Sanders’ heavy Brooklyn accent and somewhat grumpy demeanor.

On “Finding Your Roots,” both learned unique things about their pasts. David, whose family has been in the U.S. for several generations, found out that one ancestor owned slaves. Sanders learned about family members that perished in the Holocaust.

But Gates saved the funniest surprise for last. At the close of the episode, he revealed that both men are related to famous American Jews: each other.

“That is amazing,” David said upon hearing the news. “Alright. Cousin Bernie.”

“He does a better Bernie Sanders than I do,” Sanders said of David.

Gates told the men that they’re cousins, but didn’t specify to what degree. He only said that individuals, such as them, who share long stretches of DNA are cousins.

However, from the perspective of DNA, nearly all Jews are “cousins” in one way or another.

In a 2013 article, the geneticist Harry Ostrer, author of “Legacy: A Genetic History of the Jewish People,” wrote that in his study of world Jewish populations, all Jewish populations (with the exception of Ethiopian communities) share a high amount of genetic material.

“In fact, the general degree of sharing within populations was similar to what one might observe for fourth to fifth cousins,” Ostrer writes of his meta-analysis of Jewish genetic studies. “This included the Yemenite as well as the Middle Eastern, European and North African Jews.”

Though Gates presents Sanders and David with detailed family trees going back over 150 years, he does not locate one on the other’s tree. It may be that though, to a geneticist, the comedian and the Senator share enough DNA to appear to be cousins, they are far enough removed genealogically that it would be difficult to determine just how related they are.

But there is no denying the outward similarities between the two men.

“Can you do a Larry David impression?” Gates asked Sanders.

Actually, It Would Be Big News If Bernie Sanders And Larry David Weren’t Cousins