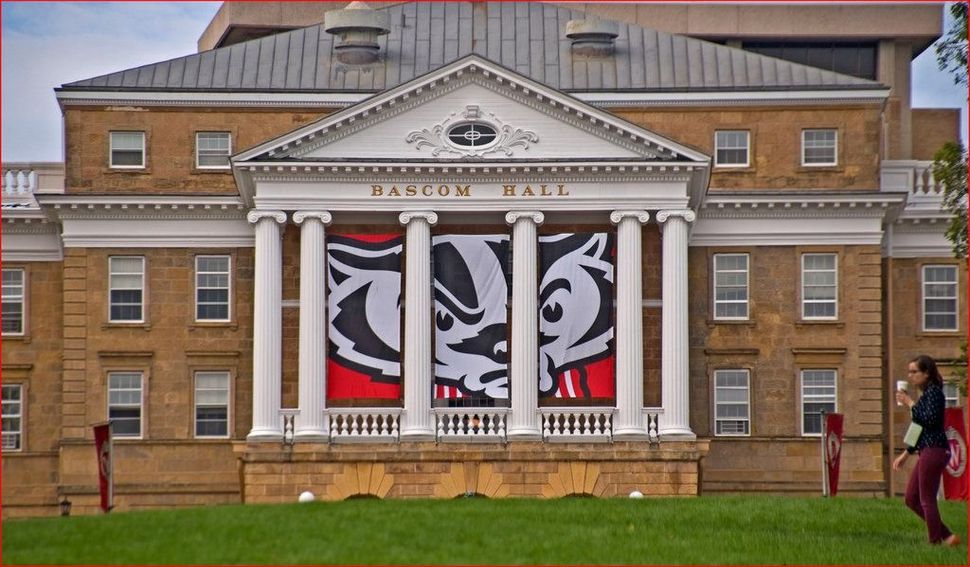 Bascom Hall at the University of Wisconsin-Madison. Image by flickr

The University of Wisconsin-Madison saw a huge spike in anti-Semitic hate crimes in 2016, according to a report released by the school last month.

The report stated that all 14 of the religious hate crimes were committed by one individual who committed multiple acts of anti-Semitic vandalism. That man, Timothy Arnold, pleaded guilty to some charges of spraying white supremacist symbols on walls around the campus and city in the spring of 2016.

But at least one Jewish student believes that hate crimes have indeed been happening with more frequency.

“The feeling definitely is that there has been an uptick in the incidents themselves,” senior Ariela Rivkin told Isthmus. “I know when I go places and I wear my Jewish star, and I wear it proudly, I do get looks. I expect that every once-in-a-while, unfortunately, someone is going to say something. I’ve heard a Heil Hitler a few times on this campus directed at me.”

Indeed, a memorial near a Madison synagogue was defaced last month by graffiti of swastikas and the words “Trump Rules.”