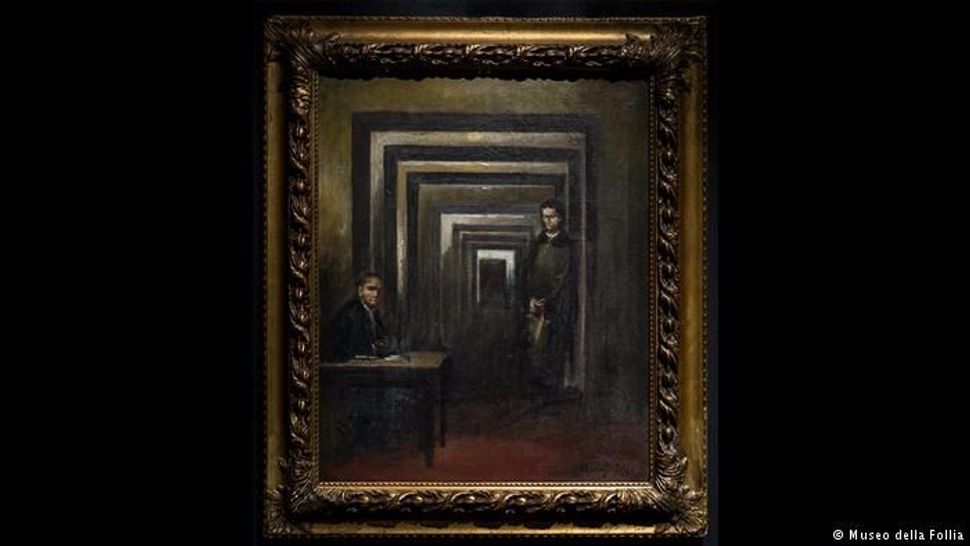 An Italian man wielding a screwdriver attacked a painting by Adolf Hitler in an Italian museum, the BBC reported. The painting, on loan from a private collector, part of an exhibition called the “Museum of Madness” at the Museo di Salo, near Brescia, Italy.

“The show about madness would not have been complete if it did not host an episode of madness,” said Giordano Bruno Guerri, the president of the museum.

The attacker, a 40 year old man, was apparently outraged at the painting’s presence in a public space, according to local reports.

The curator of the exhibit defended the painting’s presence in the show, but still called the work “a piece of crap.”

The painting has been repaired and returned to its place in the exhibit.

Hitler tried make a living as a painter in his early twenties. Modern critics have said his paintings — mostly of buildings and landscapes — betray a lack of interest in people.