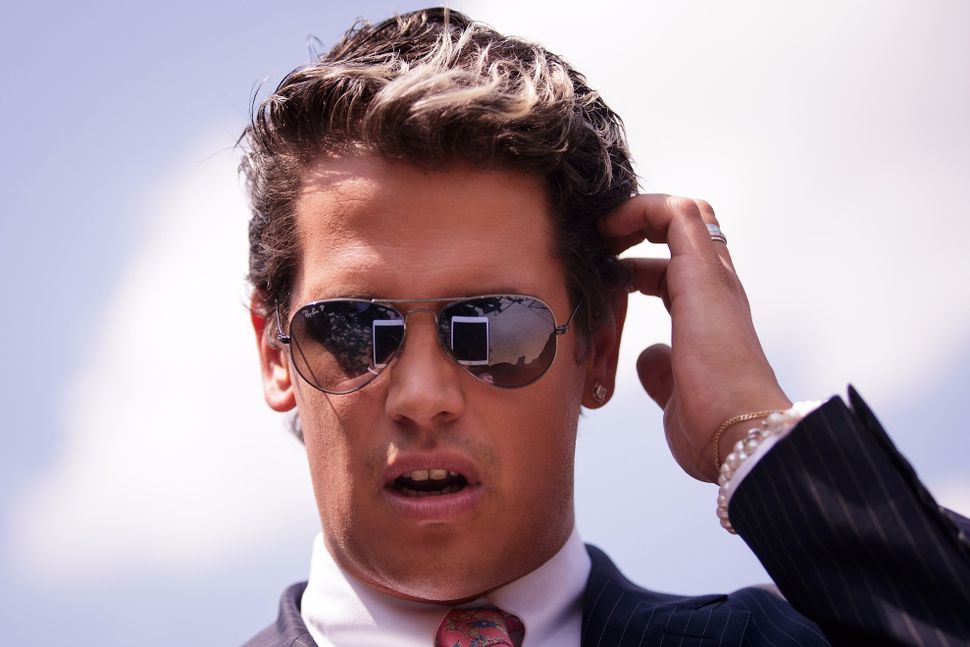 The report relies on the leaked emails of Milo Yiannopoulos, a journalist of Jewish ancestry who worked as Breitbart’s tech editor until he was forced to resign after an old video emerged of him appearing to condone pedophilia.

Yiannopoulos and his assistant, Allum Bokhari, wrote Breitbart’s much-discussed 2016 “guide to the alt-right,” which was even cited as a cautionary example by presidential candidate Hillary Rodham Clinton. But BuzzFeed reported that Yiannopoulos and Bokhari received advice and editing from a coterie of well-known white supremacists, including the neo-Nazi hacker Andrew “Weev” Auernheimer and the white nationalist writer Devin Saucier, before it was approved for publication by Bannon.

Saucier repeatedly pitched ideas to Yiannopoulos, some of which quickly turned into Breitbart articles. Yiannopoulos referred to Saucier in an email as “my best friend.”

The report also included a YouTube video of Yiannopoulos singing “America the Beautiful” at a karaoke bar in front of the “alt-right” leader Richard Spencer, who was “sieg heil”-ing along with other spectators.