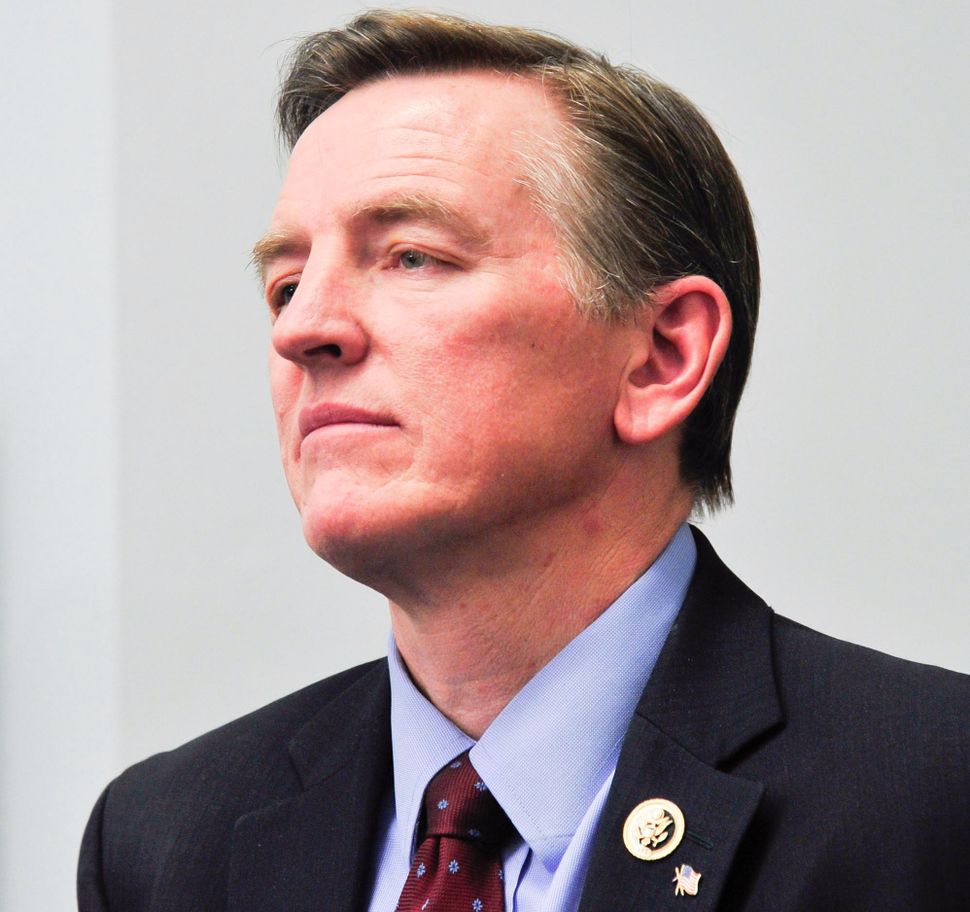 A Republican congressman from Arizona has claimed that the white supremacist rally in Charlottesville, Virginia in August may have been organized by billionaire Jewish financier George Soros.

Rep. Paul Gosar, a dentist who has represented rural western Arizona since 2011, suggested in an interview with Vice News that the events in Charlottesville may have been “created by the left.”

When asked to explain himself, Gosar responded:

Because let’s look at the person that actually started the rally. It’s come to our attention that this is a person from Occupy Wall Street that was an Obama sympathizer. So, wait a minute, be careful where you start taking these people to. And look at the background. You know, you know George Soros is one of those people that actually helps back these individuals. Who is he? I think he’s from Hungary. I think he was Jewish. And I think he turned in his own people to the Nazis. Better be careful where we go with those.

When reporter Elspeth Reeve asked him if he thought Soros funded the neo-Nazi marchers, Gosar responded, “Wouldn’t it be interesting to find out?”

Soros, who lived in Nazi-occupied Hungary as a child, has long been the subject of debunked conspiracy theories that he collaborated with the Nazis during the Holocaust, which ended when he was 14.

The Open Society Foundation, Soros’s main charitable foundation, responded by stating, “such baseless allegations are insulting to the victims of the Holocaust, to all Jewish people, and to anyone who honors the truth. It is an affront to Mr. Soros and his family, who against the odds managed to survive one of the darkest moments in our history. He abhors violence in any form and has never funded it. Never has. Never will.”

Jason Kessler, the organizer of the Charlottesville rally, admitted to voting for President Obama and participating in an Occupy rally, but has also frequently written about his fears of “white genocide.”