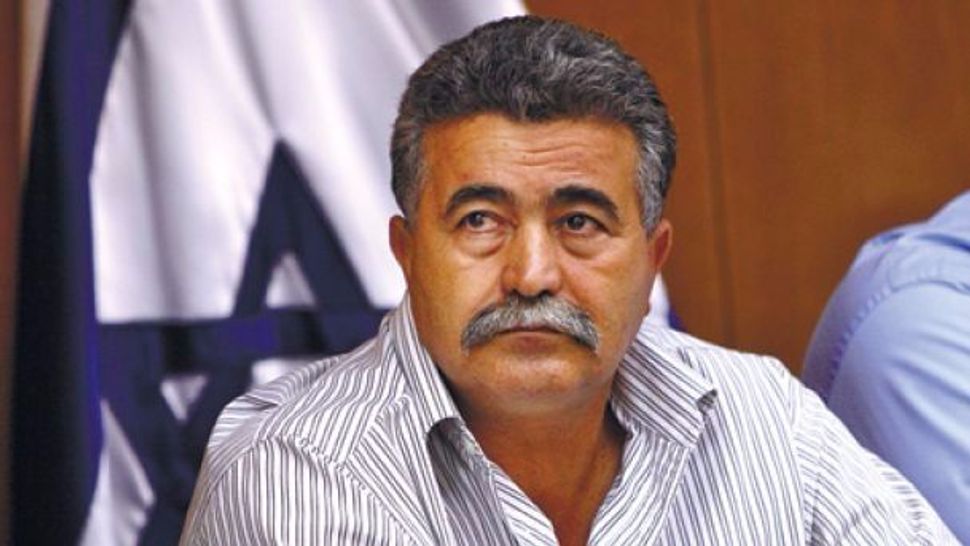 (JTA) — Amir Peretz, an Israeli former defense minister, was verbally accosted by a Moroccan lawmaker during a visit in Rabat, where an Israeli Druze lawmaker came to Peretz’s defense in Arabic.

The unusual incident happened Sunday at the Parliament of Morocco, which Peretz, a Morocco-born  Israeli lawmaker for the Zionsit Union party, was visiting as part of an Israeli delegation to an international conference on trade between Mediterranean countries.

The incident began when the Moroccan lawmaker Ahsan Abd al-Halek approached Peretz while a scarf featuring the colors of the Palestinian flag while shouting at Peretz: “You’re a war criminal, you’re not welcome here.” The lawmaker was gesticulating and pointing at Peretz, who was standing silently with his hand in his pockets.

Abd al-Halk was one of several Moroccan lawmakers who showed up at the conference, organized by the Parliamentary Assembly of the Mediterranean, with signs to protest Peretz’s presence there, according to the Israeli Broadcasting Corporation, which obtained a video of the exchange.

Magli Wahaba, a Druze lawmaker from Beit Jan who came with Pertez to the conference, confronted the Moroccan in Arabic, shouting back at him that he is “with the extremists destroying” the Middle East.