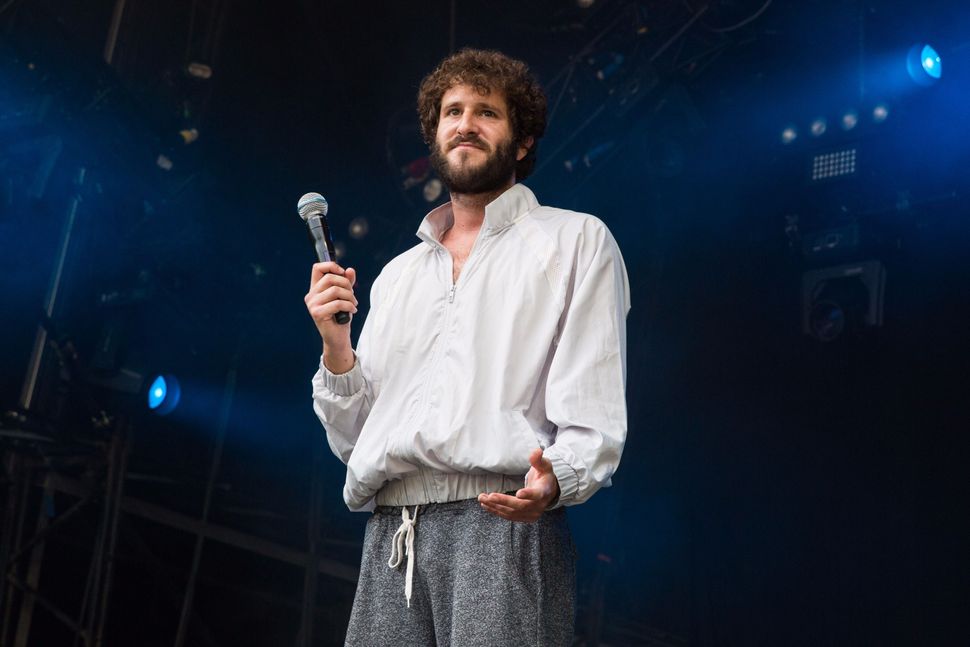 Students at Washington University in St. Louis are protesting the school’s invitation of Jewish rapper Lil Dicky to perform at a fall music festival called Wild. The critics have dubbed him a “known racist” who is appropriating black culture for personal gain.

In a report last week in the school newspaper, a group of 16 students, including leaders of social justice advocacy groups, have penned an open letter to the school’s Social Programming Board decrying its decision to request the presence of Lil Dicky, whose real name is David Andrew Burd.

The student groups accuse the school — and the students who supported Lil Dicky’s appearance — of failing to heed “the black community’s legitimate concerns” about inviting him. “We must also hold the student body of this university more generally culpable for this terrible decision,” the letter reads. “It is disturbing that so many of our classmates — the people we study, work and live with — chose a known racist to represent them.”

Individual students also voiced off against the decision to the school newspaper, some citing a blog post and 2014 Vice interview with Lil Dicky as evidence that the rapper was racially insensitive. In that blog post, since deleted, Lil Dicky wrote, “Unless you’re an extremely stupid person that began life as a poor, violent man, only to see your fortunes turn once you started rapping, you won’t be able to relate to 99 percent of today’s rap music.”

It’s this comment — and other provocative lyrics in the rappers repertoire — that students pointed to.

“I love hip-hop, and it doesn’t seem like Lil Dicky respects hip-hop as a genre… he uses parts of [hip-hop] culture when it is advantageous to him,” a junior named Keona Kalu said.

Lil Dicky is known for his satirical rap songs and videos, and has touched on whiteness and Jewish identity. One of his earlier songs was titled “Jewish Flow,” and the video pictures Lil Dicky in a rap battle with Adolf Hitler. “Dicky spit that Jewish flow,” he raps. “Sicker than the Holocaust.” Lil Dicky has also collaborated with mainstream stars like Snoop Dogg, Fetty Wap and Rich Homie Quan.