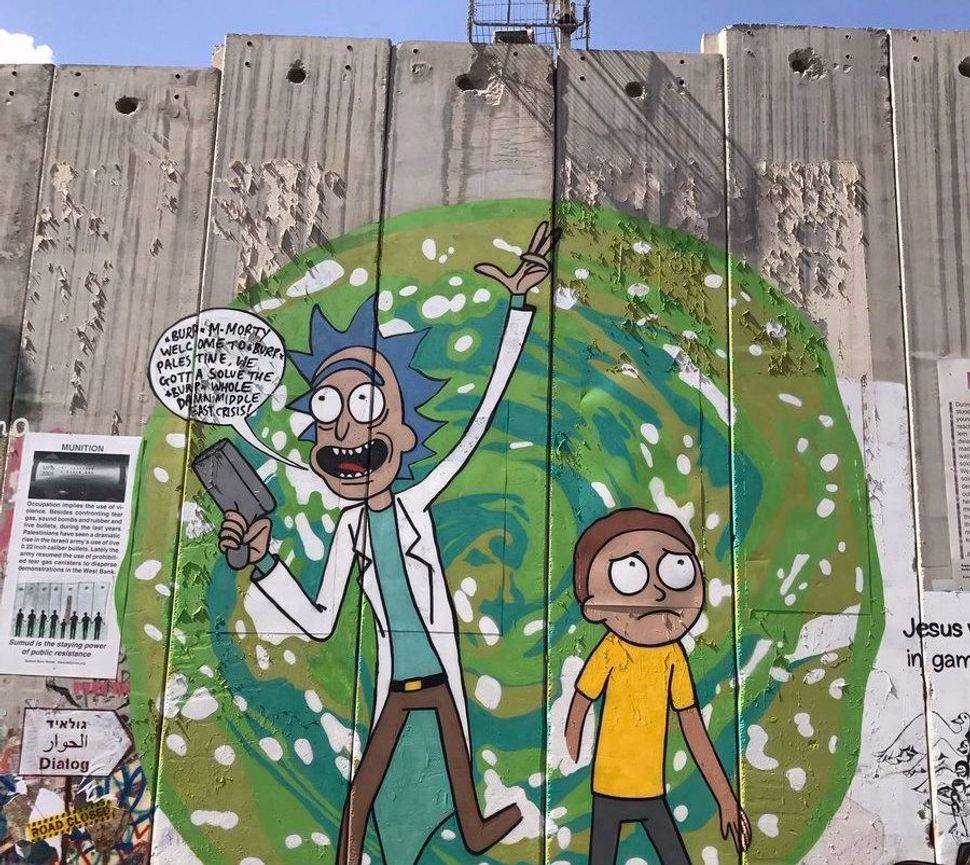 The Australian graffiti artist Lushsux posted pictures on his social media pages on Sunday of his work depicting the show’s main characters on the West Bank separation barrier. In one image, an Israeli guard tower was tagged with “Pickle Rick,” a reference to a recent episode when Rick turned himself into a pickle rather than attend a family therapy session.

True story, guard in the tower pissed on me out the window while painting this. I Happened to notice he had no foreskin on his kosher pickle pic.twitter.com/weFkBn7gD1

In another image, Rick and his grandson Morty arrive through a portal in the wall, with Rick (who is frequently drunk) proclaiming, “burp M-Morty welcome burp to Palestine, we gotta solve the burp whole damn Middle East crisis!”

In Lushsux’s caption on his tweet and Instagram photo depicting the mural, he puts Morty’s name in triple parentheses, an online affectation commonly used by neo-Nazis to identify Jews.

In August, Lushsux painted President Trump on stretches of the barrier in Bethlehem—one image depicted Trump wearing a kippah at the Western Wall and thinking, “I’m going to build you a brother.”

An episode of “Rick and Morty” that aired that month implied that Rick is obsessed with Israel, with Morty complaining that when Rick is drunk, he “babble[s] about defense budgets and the United Nations and then you pass out.”